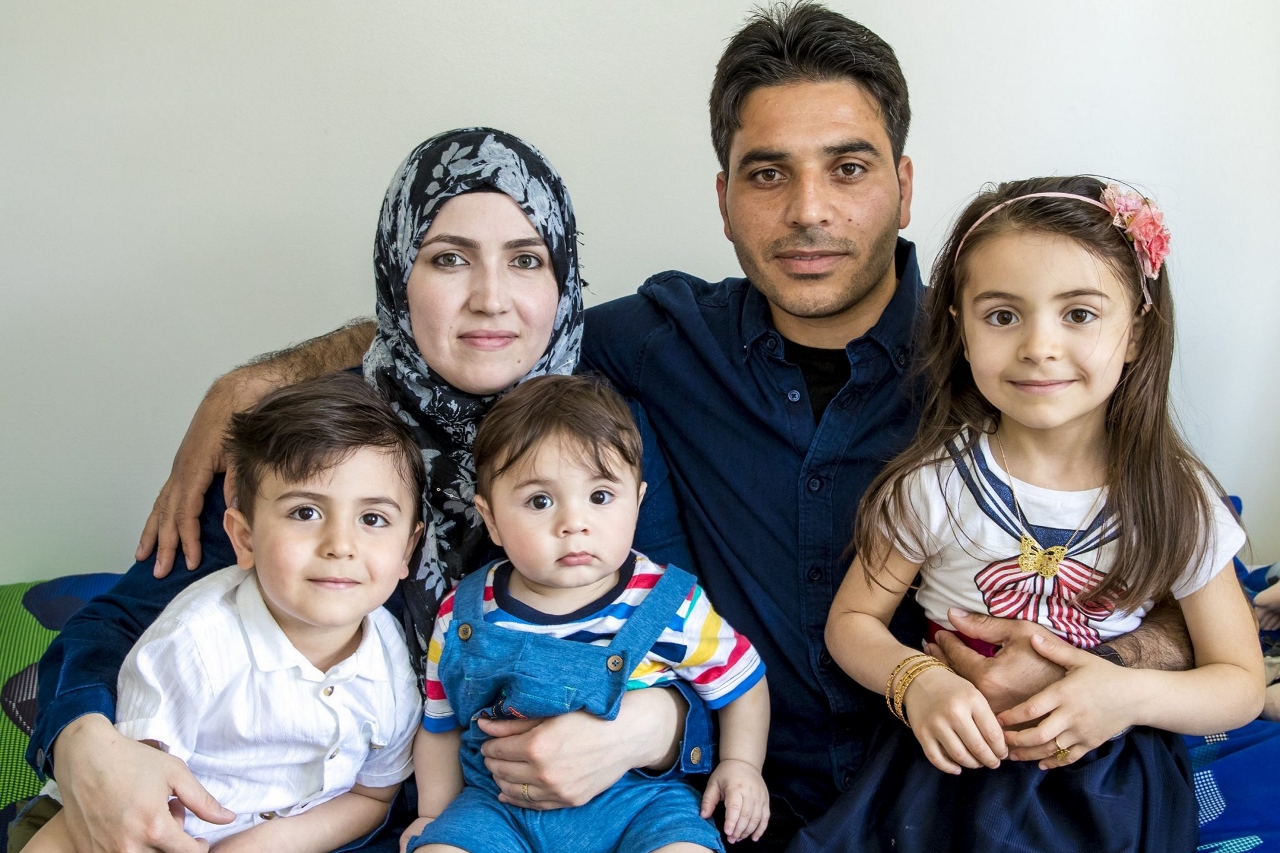 A Syrian family now settled in the UK paid £45 to smuggle their baby to Lebanon in a suitcase as they fled their war torn village.

Zak Al Halak, 34, his wife Ghaliya, 25, and their three children Amneh, five, Omar, three, and Zineddine, one, are just one of 15 Syrian families who have found refuge in the UK last year.

As part of the Syrian Vulnerable Persons Resettlement Programme, the family now lives in Brightlingsea, Essex.

As the country marks Refugee Week, Mr Al Halak spoke out about his family’s plight and their former lives in Syria.

Mr Al Halak said: “The shelling started in our town and it was like rain on us every day.

“They even bombed the staircase in our home.”

The family was living in rural Homs, in Talkalakh, just north of the border with Lebanon, where Mr Al Halak helped run his father’s garage and car washing business.

It sparked armed rebel groups to form in the city and the army besieged the area with tanks before unleashing mortars while carrying out large-scale house raids.

So heavy was the shelling the family were forced to barricade themselves at home for more than a week, before the Syrian Army drove out the rebels and took control of the city using militia.

Mr Halak added: “It was unsafe and we couldn’t even go out of our house because we didn’t know if anyone was going to shoot at us at any time.”

Looters destroyed the family’s business, so Mr Al Halak had to travel back and forth to Lebanon every day to work in an aluminium business to support his family.

In early 2012, the insurgents again infiltrated Talkalakh, which sparked an armed response from the Syrian Army and strict new border controls meant the dad-of-three could no longer cross into Lebanon for work.

But they had to travel separately and Mr Al Halak had to wait almost two months to be reunited with his wife.

In desperation she had to pay smugglers £45 to bring their daughter Amneh across the border hidden in a suitcase.

During their four years in Lebanon, the family say they were harassed by the Lebanese military and Mr Al Halak was arrested twice.

Al Halak added: “Life in Lebanon was very difficult. Despite the fact we entered the country legally they didn’t allow us to bring young children, so we ended up paying someone to smuggle our own daughter in a suitcase.

“There was no work and life was so expensive and so difficult. As Syrian people we were stopped by the Lebanese army all the time.

“I was stopped at one of the checkpoints when my wife was in labour.

“She was pregnant with my youngest, and I was taken to prison for three days and didn’t even attend the birth of my third child. That was very difficult.”

The parents have now thanked the people who have welcomed them to the UK.

He said: “We would like to thank the UK and the people of Essex so much for welcoming us here. Everyone is very kind and friendly towards us.

“We are lucky to be here in this village because we have received a warm welcome and we thank God for that.”

Mrs Al Halak added: “Life is completely different here as I’ve got my whole family back in Syria, but here I don’t have anyone.

“But we are so grateful to be here in Essex where we feel safe and welcome.

“In Syria before the war, life was so good. We were quite well off, we had our own house and life was great.

“Life is a bit difficult here but this is only the beginning and we will get used to the UK.

“We are grateful to the Government and councils and the people who have welcomed us here in the kindest way.”

Mr Al Halak added: “Like all the other Syrian refugees here, we are hardworking people and are grateful for all the help and support that we are receiving at the time being.

“But we will take this only until we find our feet and then we will be working, integrating in society and giving as much as getting.

“I hope this happens quickly, it’s just a matter of time because we need to learn the language, but then we will be active in the society.”

David Finch, leader of Essex County Council, said: “The success of our SVPR programme is a fantastic example of partnership working at its best.

“Indeed it was one of the reasons Essex County Council received an excellent rating in a Local Government Association inspection last year – one of only two councils in the country to receive the highest score.

“The welcome the Al Halak family has received in Brightlingsea is heart-warming and testament to the people of Essex.” 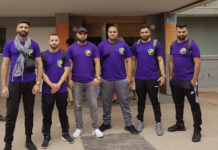 From refugee kid to model: How one man’s harsh childhood in a Burmese camp spurred his ambition to become an international name

Taking food, water and shelter to the world’s most vulnerable