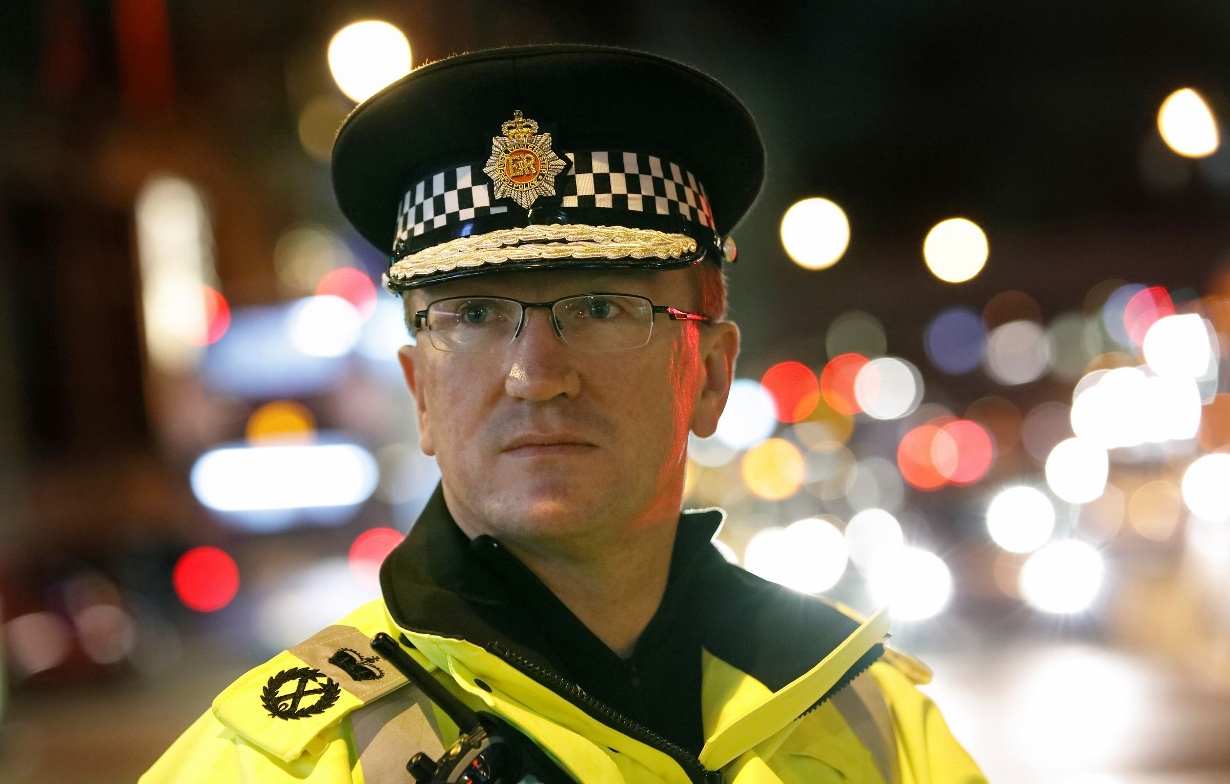 People are being urged to avoid Manchester city centre to allow emergency services to continue to work at the scene of last night’s incident at Manchester Arena.

Chief Constable Ian Hopkins in a statement said: “This has been the most horrific incident we have had to face in Greater Manchester and one that we all hoped we would never see.

“Families and many young people were out to enjoy a concert at the Manchester Arena and have lost their lives. Our thoughts are with those 22 victims that we now know have died, the 59 people who have been injured and their loved ones. We continue to do all we can to support them. They are being treated at eight hospitals across Greater Manchester.

“This is a fast-moving investigation and we have significant resources deployed to both the investigation and the visible patrols that people will see across Greater Manchester as they wake up to news of the events last night. This will include armed officers as people would expect. More than 400 officers have been involved in this operation during the night.

“To remind you, we were called at 10.33pm to reports of an explosion at the Manchester Arena at the conclusion of an Ariana Grande concert. More than 240 calls came in and emergency services were very quickly on scene. Emergency numbers have been established for anyone who is concerned for loved ones who may not have returned home 0161 856 9400 or 0161 856 9900.

“We have been treating this as a terrorist incident and we believe, at this stage, the attack last night was conducted by one man. The priority is to establish whether he was acting alone or as part of a network.

“The attacker, I can confirm, died at the arena. We believe the attacker was carrying an improvised explosive device which he detonated causing this atrocity.

“We would ask people not to speculate on his details or to share names. There is a complex and wide ranging investigation underway.

“Our priority is to work with the National Counter Terrorist Policing Network and UK intelligence services to establish more details about the individual who carried out this attack.

“We have received tremendous support from across the police services and partner agencies throughout the night.

“We regularly carry out exercises to test our ability to respond to such incidents and this has ensured a very swift response from local and national agencies. I want to thank all those members of the emergency services and other agencies who have worked tirelessly through the night in very difficult circumstances. Their response has been outstanding.

“There remains a large cordon in place around Manchester Arena and Victoria Train Station which will be in place for some time. The station will remain closed while a detailed forensic search is underway. People should plan their route to work and follow Transport for Greater Manchester for updates on social media.

“Terrorists attempt to disrupt our lives and create distrust and fear in communities. We have a long history in Greater Manchester of communities standing together during difficult times. In the coming days we will be working closely with community leaders to address any issues.

“It is important that we all continue to remain vigilant, but also to go about our daily lives. We would ask people to be alert and report any suspicious activity to police on the Anti-Terrorist Hotline 0800 789321 or dialling 999.

“As people are waking up to this tragic news on what is a sad day for Greater Manchester, the officers and staff from Greater Manchester Police and the other emergency services will continue to do all they can to help get us through the difficult days ahead.”

From Manchester to Palestine

Manchester-based accountant with alleged crime links agrees to hand over £1.9...