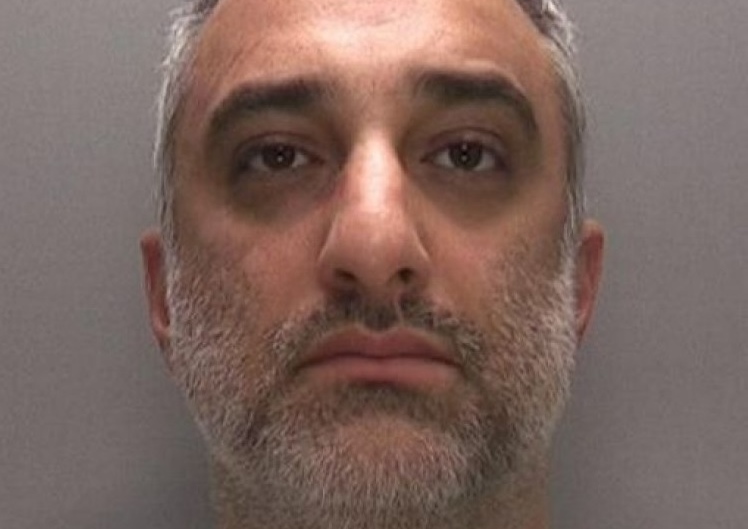 A 41-year-old car repair firm director, from Sutton, who repeatedly knifed his pregnant girlfriend in the middle of Sutton Coldfield town centre in March, has been jailed this week for 18 years.

Babur Raja had previously admitted attempted murder at an earlier hearing in May when he appeared from prison via a video link.

He also pleaded guilty to two counts of assault on men who intervened; attempted child destruction in relation to the unborn baby; and possession of a knife in a public place.

During the hearing on the 23rd June, the judge was shown an image taken of Raja as he made his way to Trinity Hill to carry out the stabbing at around 3.15pm on Friday 4th March.

He attempted to protect his identity by wearing a hoody which he pulled over his head and part of his face. He also stuffed a rucksack inside the front of the jumper to disguise his normal build.

The court heard how he got hold of a large carving knife days earlier, which the prosecution said demonstrated the level of planning he put into the attack.

Raja grabbed 40-year-old Natalie Queiroz, who was 36 weeks pregnant at the time, from behind as she was making her way to meet him at the bank in the town centre.

He stabbed her repeatedly in the chest and stomach, cut her wrists and tried to slit her throat.

Two brave passers-by – both men aged 31 and 69 – initially intervened and stopped the attack; they grabbed Raja, wrestling with him to try and get hold of the knife from his hands.

A third passer-by – a 44-year-old man – then ran over and joined the fight. He described kicking Raja more than 20 times in the head and body in a desperate bid to stop the stabbing.

Between them they were able to drag him off her as an 18-year-old lad then came and grabbed his hoody to pull him further away, along with his three friends, all aged 16.

The victim underwent emergency surgery to save her life and that of her unborn baby, with both now making a good recovery. Thankfully none of the Good Samaritans were seriously hurt.

Brutal killing of his wife’s lover and friend in family home...