A British micro-artist whose tiny sculptures have been described as the eighth wonder of the world is currently exhibiting some of his finest work at Central Library.

Willard Wigan MBE is featured in the Guinness Book of World Records for sculpting works of art so small, they have to be viewed through a microscope.

Born in 1957 in Wolverhampton, Wigan began his artistic life at a tender age. Experiencing learning differences, he struggled at school and found solace in creating art of such minute proportions that it could not be seen with the naked eye.

He adopted the belief that if his work could not be seen, then it and he could not be criticised. Often described as ‘nothing’, Wigan set about to show the world that ‘nothing’ did not exist.

“My work is a reflection of myself,” says Wigan. “I wanted to show the world that the little things can be the biggest things.

“At school, I couldn’t express myself and felt like ‘nothing.’ I wanted to experiment with the world that we can’t see.”

The boy who was told he would amount to nothing was honoured with an MBE for his services to art in 2007.

Wigan says he does not enjoy creating the pieces, as the work is painful and difficult. But he enjoys the discipline his art gives him and gets pleasure from giving the finished work to the public to experience.

Wigan enters a meditative state in which his heartbeat is slowed, allowing him to reduce hand tremors and sculpt between pulse beats. Even reverberation caused by outside traffic can affect Wigan’s work.

Wigan’s artistic genius was recognised by the world-leading Technology, Entertainment and Design institute (TED), where he was invited to be the keynote speaker during the 2009 World Conference, receiving with it a TED achievement award.

In 2012, Wigan was commissioned to replicate the Coronation Crown in celebration of HRH Queen Elizabeth II Diamond Jubilee. The delivered artwork is now housed at Buckingham Palace.

Following his late mothers guiding advice, Wigan continues to challenge himself by striving to make each work even smaller: “The smaller your work, the bigger your name.”

Wigan’s goal remains quite simple; to inspire others with his micro-sculptures and to encourage others to live to their fullest potential.

Executive Member for Culture and Leisure, Councillor Rosa Battle, said: “We are thrilled to welcome Willard Wigan and his truly amazing work to Central Library. This is the first ever opportunity to see his unique, ground-breaking sculptures in Manchester – and it’s an exhibition not to be missed.”

‘Willard Wigan: Through the Eye of a Needle’ runs up until Saturday 28th May. 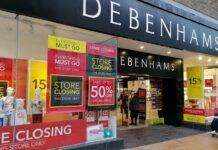