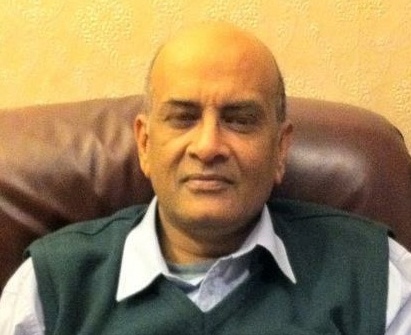 Detectives have launched a major investigation after a man was shot dead during an attempted robbery at a warehouse in Digbeth on 3rd February.

Officers were called to Direct Source 3 Ltd, at 66 Rea Street South, just before 6.40pm on Wednesday, after receiving reports that several masked men were robbing the premises.

Response officers were immediately dispatched to the scene and found company boss, 56-year-old Akhtar Javeed, who had suffered a gunshot wound.

The father of four, who was director at the soft drinks distributor, was rushed to hospital by paramedics but was pronounced dead a short time later.

A forensic post mortem is being arranged. Officers believe that two men were involved and enquiries are on-going to identify those responsible.

Norman Khan said he saw the aftermath of the shooting.

He wrote on Facebook: “As we got [to] the scene police sealed off the area, there were few guys standing there, police, loads of paramedic and an Asian guy on the floor, face, head covered in blood.

“The paramedics were trying to resuscitate him, his heart [stopped] beating.”

Syed Abbas, 30, who lives at an east London property which Mr Javeed owned and lived in during part of the week, said his wife and children had the news broken to them last night.

Mr Abbas told Sky News: “Within 15 minutes of finding out, his whole family went to Birmingham. They were crying and very upset.”

Acting Detective Chief Inspector Martin Slevin, from Force CID, said: “At this early stage we believe this was a targeted robbery attempt at the business premises in Rea Street South, near to the junction with MacDonald Street.

“It happened at a time when other people may have been leaving work for the day and someone may have seen what happened or have important information about the suspects.

“If you have any information that could help our investigation, please get in touch as soon as possible.”

He said: “It’s early stages of the investigation but at this moment in time we believe this was a targeted attack at Mr Javeed’s premises and the purpose of that attack was a robbery.

“There were a number of staff members in the premises at the time. We are working with them this morning both in terms of trying to understand what they can offer in terms of evidence but also offering support because, as you can imagine, it was a hugely traumatic incident.

“We don’t understand what was the motive of that attempted robbery. But everything we understand at this moment in time indicates it was very specifically aimed towards Mr Javeed’s premises.”

The two suspects are now on the run.

Any witnesses should contact police on 101 or call the independent charity Crimestoppers, anonymously, on 0800 555 111.

Birmingham Mela pulls in over 90,000 visitors