Former world champion, Amir Khan, has hit out at claims made by Manny Pacquiao which suggested a fight never materliasled between the pair due to the involvement of ‘middle men’.

Khan, who is yet to name an opponent for 2016, was overlooked as the next challenger for the legendary Philippine boxer, who will face off against Timothy Bradley Jr before retiring form the sport.

Comments made by Pacquiao had said that

In a statement released on Friday, the Bolton boxer dismissed such rumours.

He said: “I have read recent comments by Manny Pacquiao stating that the reason a fight between us never happened was because of ‘middle men’ in my team – this is totally inaccurate and false.

“The only people negotiating on my behalf, as with all my fights, were my father Shah, uncle Taz and lawyer Robert Davis. They dealt directly with Manny Pacquiao’s promoter Bob Arum and adviser Michael Koncz.

“An initial meeting took place last September between Bob Arum and my uncle and lawyer in London. This was at the direct request of Bob Arum. The negotiations went well to the extent that a ‘Heads of Terms’ was signed and sent from my lawyer to Bob Arum.

“My team was told by Bob Arum that it was a choice between either Terence Crawford or myself and dates in April were being explored with the fight to take place in Las Vegas or Qatar.

“Since September of last year my team had been in direct contact with Pacquiao’s team, spoke with them and met them face-to-face, so to state that middle men prevented the fight from happening is not true at all.”

Khan added that he held Pacquiao in the ‘highest regard’ following a career spanning over two decades, in which he became the number one welterweight in the world as well as a ‘people’s champion’.

Still, Khan remains adamant that he was willing to fight him in what he says would have been a ‘more dangerous’ bout for the outgoing 37-year-old.

“His team knew a fight between us would be a very dangerous one for him and best avoided,” Khan said.

“Freddie [Roach], who has trained us both, knows how our sparring sessions used to go and with me having filled out more now as a welterweight, getting bigger and stronger, makes a fight with Bradley – who Pacquiao in most opinions has beaten twice – a much easier option.

“I want to make the best fights for the fans and it was neither my team nor a lack of desire from my end which prevented a fight with Pacquiao from happening – that rests squarely on Team Pacquiao.” 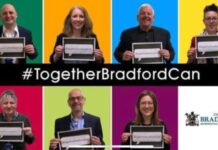 ‘I will fight on’

Boxing beelzebubs to battle in the City of Angels