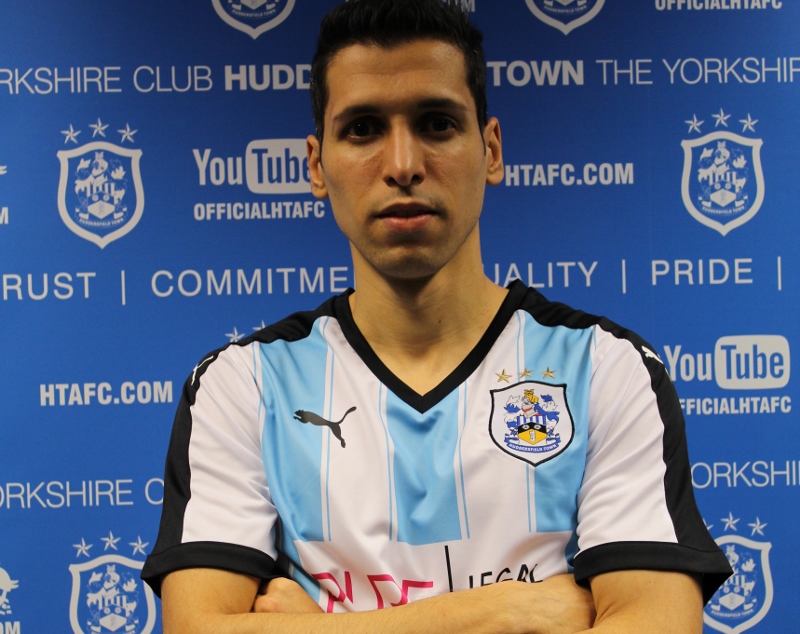 Life at Huddersfield Town has certainly picked up since David Wagner took over the reins at the John Smith’s Stadium and with the signing of forward, Karim Matmour this week, fans have even more reasons to be optimistic.

The free agent has signed with the West Yorkshire club on a short-term contract until the end of the season with Town able to extend the deal by a further year at the conclusion of the current campaign.

30-year-old Matmour has played 30 times for Algeria and has almost 300 games under his belt, across the Bundesliga and Bundesliga 2.

His most recent club was Kuwaiti side, Al-Arabi, who he joined in the summer of 2015 after leaving German side Kaiserslautern.

He has been handed the number 10 shirt at Huddersfield and links up with Wagner’s men immediately.

Wagner commented: “Karim is a good player, who I know well from his time in Germany. He is quick, has great endurance and is a very good person also, which is very important. It is not normal that we would be able to get a player of his quality with no transfer fee.

“He can play in all four attacking positions; on the right, on the left, as a number 10 or number nine. This strengthens our forwards and will help me make good decisions to keep them fresh.

“He knows the ideas we want to bring onto the pitch and should only need a couple of weeks for his fitness to be ideal; he has been training with Strasbourg for some time and is like Jonathan Hogg in that his base of fitness is very good.

“This is one of his main qualities. His English is also good, which is important.”

Matmour began his career at the academy of hometown club, RC Strasbourg but moved to Germany to turn professional at SC Freiburg.

Moving on to represent Borussia Monchengladbach, Eintracht Frankfurt and Kaiserslautern, he made 101 appearances in the German top division – scoring five times – and 163 in Bundesliga 2, scoring 21 goals.

During his time at now high-flying Gladbach, Matmour represented Algeria in the 2010 World Cup, coming up against England in a Group C encounter in South Africa.