Drivers caught speeding on motorways could be fined up to £10,000 under plans being considered by the Government.

Magistrates would be able to issue fines four times larger they can at present, with maximum penalties for a range of offences including drink-driving and driving with defective tyres or brakes, so-called ‘level four’ offences, all increasing to £10,000.

People convicted of criminal damage, racially aggravated disorder or failing to provide a drugs sample could all be fined the same amount.

Meanwhile, motorists who ignore red traffic lights or use their mobile phone while driving, both of which are ‘level three’ offences, could be given fines of up to £4,000 – up from £1,000 at present.

Courts would also be able to levy unlimited fines for the most serious crimes dealt with by the lower courts, such as arson, fraud and animal cruelty, which at present attract penalties of up to £5,000.

The Government paved the way for the huge increase – the first in more than two decades – when it passed new legislation in 2012.

Justice Minister Jeremy Wright said the changes would give magistrates the “greater powers” they need to punish offenders.

However, motoring groups have criticised the changes, with Robert Lipton, director of the National Motorists Action Group, said the move was “disproportionate and draconian”.

Edmund King, president of the AA, added: “We wouldn’t condone excessive speeding … but fines have to be proportionate to the offence.

“One has to question whether increasing the fines four-fold is proportionate and it probably isn’t.”

Mr Wright said financial penalties were “an effective way of punishing criminals and deterring them from further offending”.

“Magistrates are the cornerstone of our justice system and these changes will provide them with greater powers to deal with the day-to-day offences that impact their local communities,” he said.

Legislation to increase the levels of fines will be laid before Parliament and will be debated before coming into force. 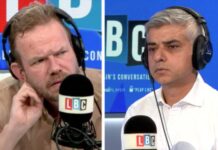 Businessman fakes his own death to pocket a million