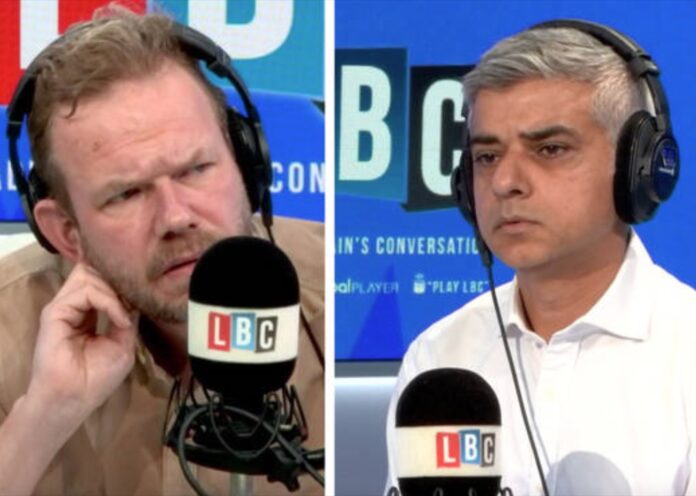 As the nation enters the biggest recession on record, Sadiq Khan has said that working from home is proving a ‘big problem’ for people.

The Mayor of London urged big companies to consider bringing more staff members back to offices. Figures show that 730,000 workers lost their jobs during the government imposed lockdown between March and July this year.

Mr Khan reassured that Transport For London (TfL) is doing everything possible to make tubes and buses safe for commuters, as he rejected the idea of a ‘hollowed-out’ capital this week.

It comes after the government body slashed tube services to 15% and bus services to 12 % compared to normal levels.

Speaking on LBC Thursday, Mr Khan said: “The key thing I think we need to understand is that if we all stay at home working it’s a big problem for central London.

“Many small businesses rely on your workers going to work, the café bars, the dry cleaners, the shoe repair shops and others.

“When I meet those not just in the culture industry and hospitality, small businesses they are struggling.

“Of course there’s a choice for you to make a big employer. I love London because of its eco-system. I don’t want a hollowed-out London.

“In City Hall we have made sure we have got everything ready, we’ve used July and August to make City Hall safe.”

He added: “What I would say to other big employers is that we are doing what we can to make sure London is as safe as it can be.

“You have seen at TfL the enhanced cleaning regime we are doing, you have seen the testing we are doing, the hard work we’re doing to provide a record number of buses and tubes and other things in the context of a pandemic.”

It comes after the mayor threw his support behind working from home during the height of the pandemic, saying ‘we all still need to play our part in stopping the spread of Covid-19’.

Mr Khan insists that his figures show that 90% are wearing face coverings on public transport, while 5% have legitimate medical reasons for not wearing them.

That only left 5% of people rebelling against the rules and he said he wanted to clamp down on those people with enforcement and fines.

The government has clamped down on people who repeatedly refuse to wear face masks on public transport in England, announcing fines for up to £3,200.

Travellers who don’t wear a face covering currently face a £100 fine, which can be reduced to £50 if paid within 14 days.

Under new measures, this £100 penalty will double for subsequent offences, up to a maximum of £3,200.

There are, however, some exemptions for children and those with a physical or mental illness, impairment or disability.