The songs from the highly anticipated film, Jugjugg Jeeyo are all becoming hits with everything. Now, the makers of the film have presented the newest song from the film titled Dupatta.

The music video features Varun Dhawan, Anil Kapoor and Maniesh Paul all out on a night out and just being boys. Kiara Advani makes an appearance in the song, as well as

The song is a remake of the classic Punjabi track, Dupatta Tera Saat Rang Da which was originally sang by Surjit Bindrakhia. The new track is helmed by Diesby and Shreya Sharma. 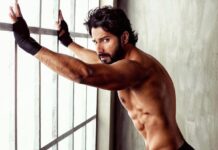 Political satire to get a sequel

The kissing scenes are organic