Thousands of drivers delivering for Amazon could be entitled to an average of £10,500 compensation for each year they have delivered for the company, according to a law firm.

Currently drivers making deliveries on behalf of Amazon via ‘Delivery Service Partners’ (DSPs) are classified as self-employed, so they don’t benefit from employees’ rights such as holiday pay, at least National Minimum Wage and an employment contract.

The law firm Leigh Day has launched an employee rights claim on behalf of drivers and believes that Amazon could owe drivers a total £140m in compensation.

They believe that at least 3,000 drivers could be able to claim for employee rights.

Leigh Day argues that, because of the way Amazon dictates drivers’ work and how they fit into the business, drivers are entitled to these rights.

Speaking to Leigh Day, drivers explained how they are given estimated travel times between deliveries via an app which they have to meet.

Drivers also described how they are not able to bring parcels back to the depot so must use extra fuel to redeliver at the end of the day. This, combined with charges for van rental, fuel, and insurance can leave them with very little earnings.

Delivery driver Bill Lightfoot, whose name has been changed to protect his identity, said: “The work is horrendous because Amazon control everything you do. There were times I was out on delivery, and I’d stop for a few minutes, and they’d ring up and ask why I was parked up.

“The money I was earning wasn’t anywhere close to covering my rent and bills. In one week, I worked 36 hours over four days and I should have earned £464 but they gave me £2.74. It doesn’t sound believable but it’s true.

“I was very unhappy delivering for them. Effectively I was paying them to do their deliveries, rather than the other way around.”

Kate Robinson, a solicitor in the employment team at Leigh Day, said: “Amazon is short-changing drivers making deliveries on their behalf. This is disgraceful behaviour from a company that makes billions of pounds a year. Drivers delivering for Amazon have to work set shifts and book time off, yet Amazon claim they are self-employed.

“Paying out compensation of £140m sounds like a large bill to foot, but for a company that turned a profit of £5.8bn in the first three months of 2021, it’s a drop in the ocean. For drivers on the other hand, earning at least National Minimum Wage, getting holiday pay and being under a proper employment contract could be life changing.

“It’s time for Amazon to stop putting profit above people and give delivery drivers the employment rights they deserve.” 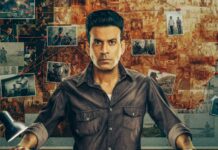 Leeds supermarket row: 260 workers fighting for up to £10,000 in equal pay compensation