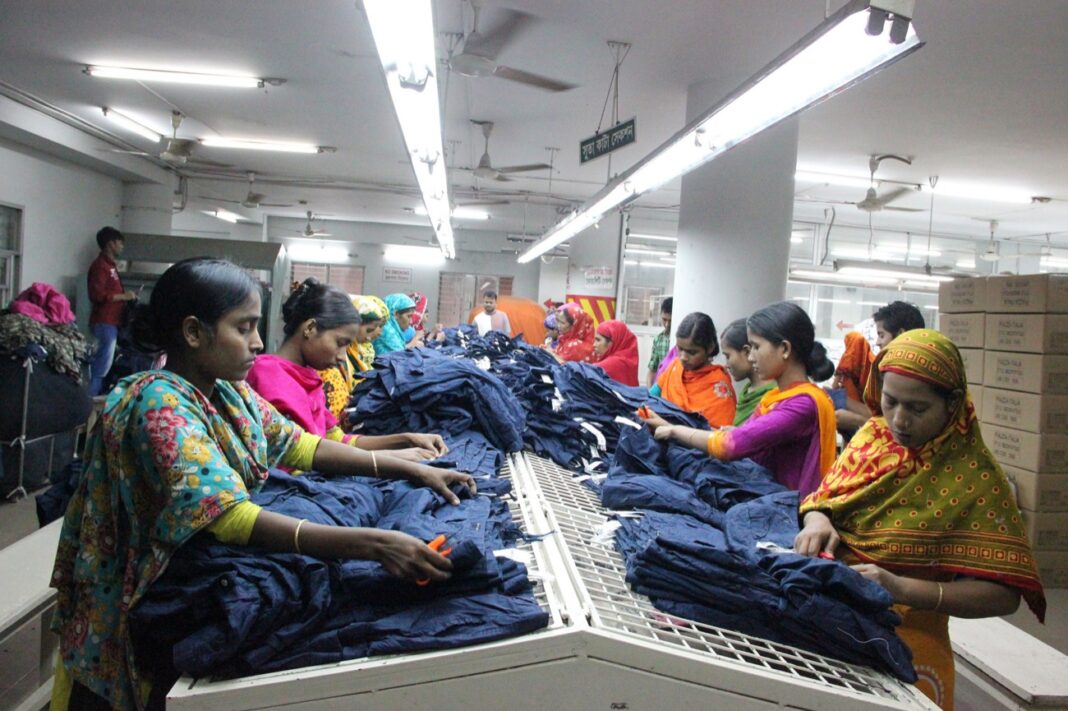 Deteriorating living and working conditions for workers in garment supply chains during the Covid-19 pandemic have increased the risk of forced labour, according to a new report.

‘The Unequal Impacts of Covid-19 on Global Garment Supply Chains’ has found that workers in Ethiopia, Honduras, India, and Myanmar who produce many of the clothes we buy from our favourite brands in the UK and Europe were severely affected by the pandemic.

Both those that were fortunate enough to remain employed, and those that lost their jobs during the past year and found new work, reported a sharp decline in their earnings and working conditions; and both groups experienced being at increased risk of forced labour during this time.

The study from the University of Sheffiled is the largest to directly involve the voices of those employed to make the clothes we buy in the UK during the pandemic alongside interviews with retailers and analysis of company documentation.

Previous studies have focused solely on the impact for the multinational corporations (MNCs) which own major fashion brands and retailers.

Professor Genevieve LeBaron, from the Department of Politics and International Relations at the University of Sheffield, said: “There is no commonly held definition of what constitutes forced labour, and unlike the public perceptions of modern slavery, people may not be held against their will or trafficked unknowingly into their situation.

“They may end up in a job that they are unable to leave due to a number of reasons; false promises and deception to keep a person working in increasing worsening conditions, threat of penalties against the worker or their family if they left, or sometimes bonding a person into debt to the manufacturer through poor pay, leaving them struggling to cover their basic needs for housing and food.”

The study found that both groups of workers experienced indicators of forced labour, with the situation clearly deteriorating during the pandemic.

It highlighted that many companies fell far short of their commitments to good practice; including sourcing sustainable goods from manufacturers with fair working conditions, pay and no use of exploitation.

The commercial actions of companies during the pandemic has brought to light how many business models within the garment industry are fundamentally at odds with these commitments, and that current government regulation does not go far enough to protect the workers.

Although the study found there were examples of some companies acting in ways that honoured their social commitments, this was mainly from companies that had direct ownership of factories, or long-standing partnerships with manufacturers that were crucial to protect. In these cases, workers were more likely to retain a job through the pandemic.

Professor LeBaron said: “It appears many companies in the garment industry accessed emergency funding during the pandemic, but also provided little to no evidence that they honoured the social responsibilities most brands we recognise have to the workers in their supply chains at the same time.

“At the beginning of the pandemic, millions of pounds worth of cancelled orders forced many manufacturers in places like Ethiopia to lay off staff, who then became vulnerable to exploitation during the desperate search to find a new job.

“Those lucky enough to retain their job reported experiencing worsening working conditions and pay, exacerbating the already troubling inequalities between the countries who benefit from their labour and the workers themselves.”

The report calls for governments to increase the governance of supply chains and for retailers to address the damage done during the pandemic.

Professor LeBaron added: “Our report shows that retail companies tried to offset the potential damage of the pandemic by shifting losses onto their suppliers and workers who would least afford it.

“Most of these companies have very deep pockets and need to act immediately to address the social challenges their pandemic responses have created.

“Banning the sale of below-cost price and forced labour made goods, ensuring companies relieve the supply chain pressures that cause suppliers to use unfair labour practices, and requiring brands to report on public bail out funds received and how these have been used, would be a good start to force retailers to be more transparent about how they work.”

Jakub Sobik, Communications Director at the Modern Slavery and Human Rights Policy and Evidence Centre (the Modern Slavery PEC), which funded the research under its call on the impact of Covid-19 on modern slavery across the world, said: “This report highlights the unequal impact of Covid-19 across complex business supply chains and the need to do more to protect workers producing garments sold across the world from exploitation.

“Businesses should consider how their actions can rectify the situation and develop different responses for the future, while working with governments to ensure a level playing field for all businesses, incentivising those which apply good practice already.”

A Taste of Vietnam: Tasty tea is a ‘miracle in a...