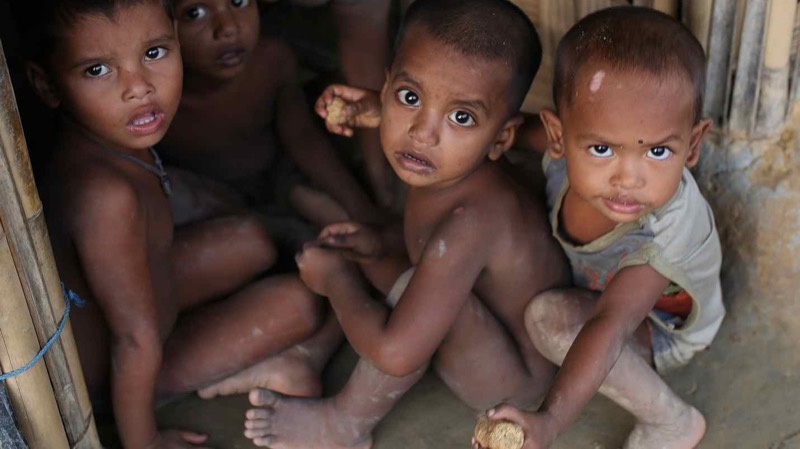 Global attention has focused on the plight of the hundreds of thousands of Rohingya Muslims from Myanmar sheltering in Cox’s Bazar. But many local communities in the impoverished and underdeveloped district were also affected by the arrival of over half a million destitute people in August through September 2017, which put massive strain on infrastructure and pushed up prices.

Now the International Organisation for Migration (IOM) has begun a distribution of essential household items to 10,000 vulnerable local families in Cox’s Bazar, Bangladesh, where almost a million Rohingya refugees are now living after fleeing violence in Myanmar.

The household kits include two blankets, two floor mats, one kitchen set and three bamboo baskets. Their distribution comes as winter weather brings cold nights to the district, which faces the Bay of Bengal in southern Bangladesh. 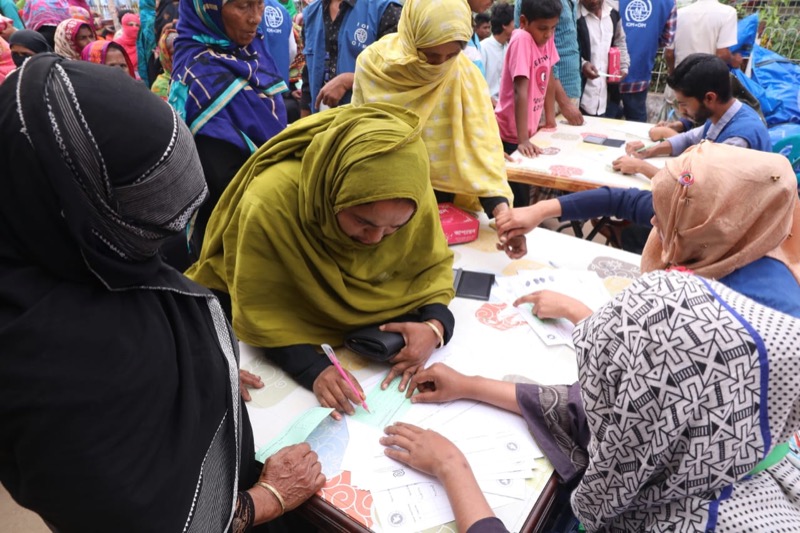 The distribution, which is taking place in close coordination with local government, follows a survey of 48,000 households in the Cox’s Bazar’s Ukhiya sub-district conducted by IOM and local government officials to identify those most in need.

Families targeted for assistance include female-headed households and single parent families; families with family members suffering from a disability or serious illness; pregnant or lactating women; child-headed households and those with a separated or unaccompanied child; and families reliant on irregular or casual labour, or whose income fell due to the impact of the refugee crisis.

Among the first to receive the kits was 36-year-old Rahima Khatun, who has four children, one of whom has a disability. “With these mats and blankets he will be able to sleep better,” she said.

“The local community in Cox’s Bazar has been remarkably generous during the refugee crisis and we know that the need for support extends beyond those in the refugee camps.

“IOM is committed to extending our support to the host community and these kits will help make life more comfortable for some of the most vulnerable families,” said Manuel Pereira, IOM’s emergency coordinator.

IOM was already working with local communities and in smaller refugee settlements in Cox’s Bazar, supporting the government of Bangladesh with medical and other services, when the Rohingya refugee crisis erupted in 2017.

Since then IOM and its partners have expanded health services for all in the area and launched several projects specifically targeting local communities with services including: disaster risk reduction; improvements to infrastructure and water supplies; support for reforestation and local farmers; and programmes aimed at developing community cohesion.