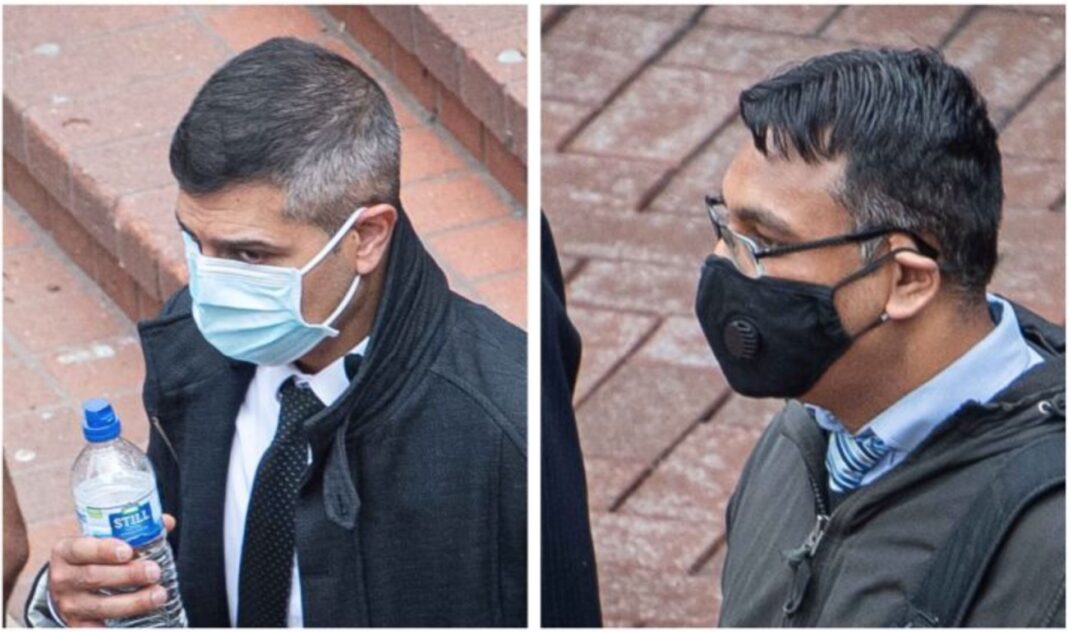 Two disgraced pharmacists have been jailed after selling more than half a million sleeping tablets on the black market.

Solihull chemists Narvinder Nandra and Dean Dookhan illegally wholesaled over 20,000 packets of Zolpidem to a mystery figure in Trinidad and Tobago.

Dookhan, who worked at Northbrook Pharmacy in Shirley, tried to blame his criminal behaviour on another worker when investigators closed in.

While Nandra, of Gospel Lane Pharmacy in Olton, ‘misdescribed’ the tablets as he exported them, destroyed invoices and falsified new ones. He also made up a pack of lies purporting his apparent naivety.

Both men, who were business partners, pleaded guilty to supplying a controlled Class C drug to another and possessing a medicinal product for the purpose of wholesale distribution without a licence.

Speaking in court, Judge Francis Laird QC explained how pharmacists are trusted to purchase, store and supply under prescription a variety of drugs, some of which are controlled under the Misuse of Drugs Act.

“It is difficult to see a worse offence committed by a pharmacist. It’s like a solicitor stealing someone’s money. Pharmacists are trusted with people’s drugs,” he said.

“It’s for that reason, that selling a controlled drug on the black market is such a serious offence.

“You both played a leading role and are equally culpable in the offences. You both grossly abused your position as pharmacists and the business premises which you worked to carry out the offences.”

Following an investigation by the Medicines and Healthcare products Regulatory Agency (MHRA) it was revealed between September 2015 and May 2016 the pair supplied the Caribbean island with 20,790 packets of Zolpidem, equal to 582,120 individual tablets.

Jonathan Barker, prosecuting, stated the drug is prescribed ‘sparingly’ and could lead to physical and psychological dependency, which was often greater among people with psychotic disorders as well as drug and alcohol misuse issues.

“Despite all this they chose to bypass the regulator regime and supply significant amounts to someone in Trinidad who was not a legitimate wholesaler.”

Nandra, aged 48, of Primsland Close, Solihull, was responsible for the exportation and would misdescribe the packages to avoid them being detected.

He initially pleaded guilty ‘on a basis’ claiming he did not know Zolpidem was a controlled drug, was not aware an exemption allowing the limited wholesale of the drug had expired in 2012, and that he believed the recipient in Trinidad and Tobago was a legitimate pharmacist.

Dookhan, was sentenced to 27 months, while Nandra, received a slightly longer term of 30 months after lying about his role.

Top Doc! Bradford clinician who set up one of world’s largest...