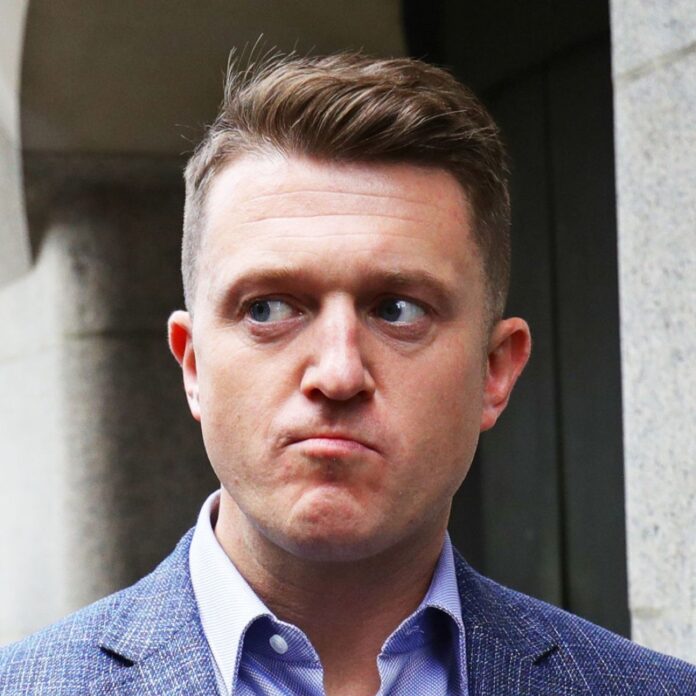 Tommy Robinson (real name Stephen Yaxley-Lennon) told the High Court he “can’t afford a lawyer” and will represent himself in a libel trial against a Syrian teenager.

The English Defence League founder is being sued by Jamal Hijazi, who was filmed being attacked in a school playground in Huddersfield.

The video caused wide outrage when it was posted on social media in 2018.

Robinson, made disputed claims about the teenager in two Facebook videos.

Mr Hijazi, who was a 16-year-old student at Almondbury School when the attack footage was filmed, denies a number of claims made by Robinson.

The court heard Robinson had said Mr Hijazi “violently attacks young English girls in his school”, “beat a girl black and blue” and threatened to stab another boy at his school.

Robinson has said he will rely on a defence of truth against the libel claim.

At a preliminary hearing at the Royal Courts of Justice, Robinson said he had been forced to represent himself as he could not afford a lawyer.

He told Mr Justice Griffiths his former solicitor was not representing him because he owed her “quite a bit of money at the minute”.

Robinson also added that his mental health had suffered after “matters to do with this case resulted in the breakdown of my marriage”.

He asked for more time to prepare witness statements to support his case, telling the court he was recently stopped by West Yorkshire Police when he was attempting to gather evidence in Huddersfield.

Robinson said officers had also taken his mobile phone, which contained potential witnesses’ phone numbers, and would not return it until this weekend.

He also claimed that several potential witnesses would only be willing to give evidence anonymously, as they did not want to be “associated with myself in the court case”.

In written submissions, Mr Hijazi’s barrister, Ian Helme, said: “The defendant’s difficulties are not related to the current situation [in relation to Covid-19], but to the fact that he is unable to identify individuals who are prepared to give evidence under oath to support his case.”

Mr Helme said it was “profoundly unfair” to delay the trial further, as Mr Hijazi has had to live with the claims “hanging over him for a very long time”.

The allegations were published more than two years ago, he said, and had remained “uncorrected in that time”.

“Indeed, the defendant has stated that he intends to prove them true at trial,” he said.

“Given the defence of truth, vindication is essential.”

Tommy Robinson’s pre-trial review will begin at the end of March.