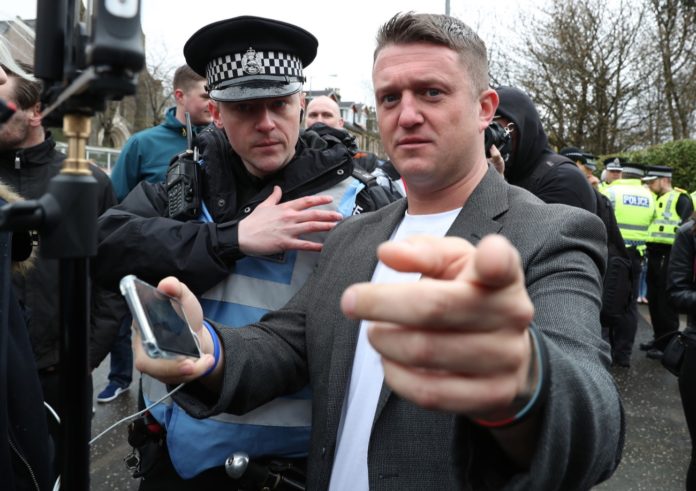 Far-right mouth-piece Tommy Robinson has been arrested following an alleged altercation with a man at a holiday park, according to reports.

The English Defence League founder, whose real name is Stephen Yaxley-Lennon, reportedly got into an argument with another man at the Centre Parcs complex in Bedfordshire.

Witnesses claimed the 37-year-old confronted another man in the pool area before punching him in the face.

Police confirmed the attended an incident at Woburn Forest park on Sunday afternoon.

A Bedfordshire Police spokesperson said: “One man sustained an injury to his face, and received first aid at the scene.

“A 37-year-old man from Bedford was arrested on suspicion of common assault and has been bailed until April 2. An investigation is ongoing.”

Robinson was released from HMP Belmarsh after serving 19-weeks of a nine month sentence for contempt of court in September.

A spokesman for Center Parcs UK said: “I can confirm that an incident occurred at Center Parcs Woburn Forest on Sunday afternoon to which the police attended.”