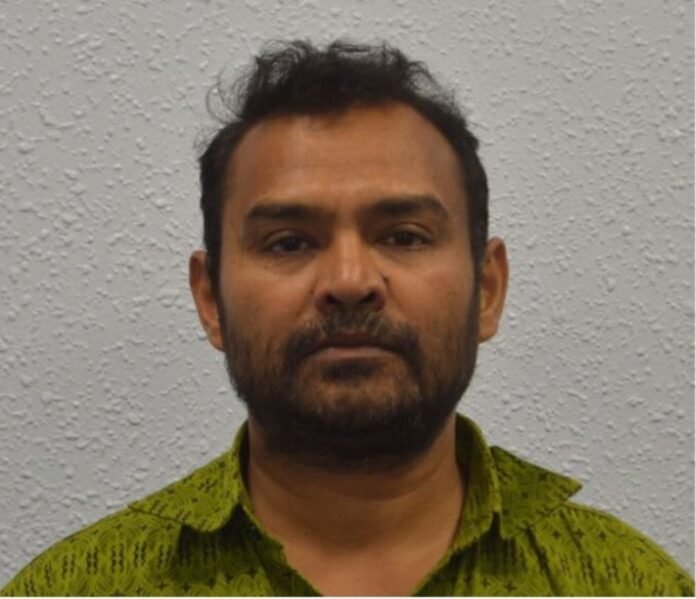 A man who posted messages on social media urging others to commit acts of terrorism in Bangladesh has been jailed, following an investigation by the Met’s Counter Terrorism Command.

Munna Hamza, 50, of south London was sentenced to a total of three years’ imprisonment at Woolwich Crown Court on Friday, 19 March after being convicted of three counts of encouraging terrorism contrary to section 1(2) of the Terrorism Act 2006. When he is released, he will spend an additional year on licence.

He was arrested in July 2018 by officers from the Met’s Counter Terrorism Command after a member of the public reported messages Hamza had posted on social media encouraging acts of terrorism against the Bangladeshi government to police.

Commander Richard Smith, head of the Met’s Counter Terrorism Command, said: “I praise the member of the public for alerting us to Hamza’s harmful, extremist posts. As a result, we were able to prevent him from publishing further incitements of violence and terror which could have had devastating consequences.

“I hope this case sends a message that we will seek to prosecute anyone who seeks to instigate acts of serious violence by posting extremist messages.

“Every year, thousands of reports from the public help police tackle the terrorist threat and I would remind everyone to remain vigilant and help us by reporting anything at all suspicious to police. If you see or hear something that doesn’t seem right, even if it is online, trust your instincts and act by reporting to police in confidence.”

On 17 May 2018, a member of the public alerted police to Hamza’s posts from the previous day. Counter Terrorism officers carried out a thorough investigation and initially identified five posts of concern. Within his posts, Hamza called on others to commit serious acts of violence in Bangladesh against the Bangladeshi Prime Minister and government.

On 4 July 2018, officers arrested Hamza at his place of work in south London and seized his computer, phones and memory sticks for forensic examination. He admitted to publishing the posts and he was bailed.

Subsequently, Hamza was charged on 28 January 2019 with four counts of encouraging terrorism contrary to section 1(2) of the Terrorism Act 2006.

At Woolwich Crown Court on Wednesday, 13 January, Hamza was found guilty of three counts of encouraging terrorism contrary to section 1(2) of the Terrorism Act 2006.

The CTIRU is based within the Metropolitan Police’s Counter Terrorism Command, and works with Internet Service Providers to have extremist and terrorist material removed.