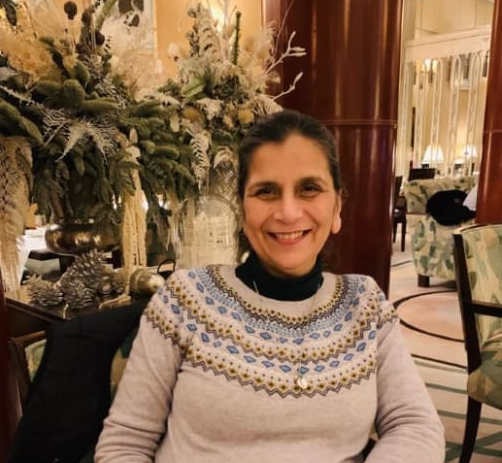 Vimla Matai, 61, died at the scene after being hit by a car driven by a drunk driver who had no insurance

Police are appealing for witnesses and anyone with dash-cam footage to come forward as they name the victim of a fatal collision in Harrow.

Police were called at around 17:40hrs on Tuesday, 19 January to reports of car in collision with pedestrian at Woodcock Hill, Kenton.

Officers and London Ambulance Service [LAS] attended. At the scene 61-year-old Vimla Matai had been in collision with a silver coloured Peugeot 308.

Despite the efforts of paramedics to save Mrs Matai, she died at the scene at 18:02hrs.

The 27-year-old male driver of the vehicle was arrested on suspicion of Causing Death by Dangerous Driving, Dunk Driving and Driving With No Insurance.

He was taken to a north London Police Station where he was interviewed and released on bail to a date in mid-February.

Detective Sergeant Chris Martin of the Serious Collision Investigation Unit said: “This was a tragic incident that has taken the life of a woman who should have been celebrating her sixty-second birthday today.

“I urge witnesses and anyone who has footage of the events leading up to, during or immediately following the collision, to contact police immediately. No matter how insignificant you think your information may be, please get in touch without delay.”

Anyone who has footage or information relating to this incident should call the Serious Collision Investigation Unit on 0208 246 9820 or email: SCIUMailbox-.TDQ@met.police.uk. Contact can also be made by calling 101, or Tweeting @MetCC quoting 5308/19 Jan.