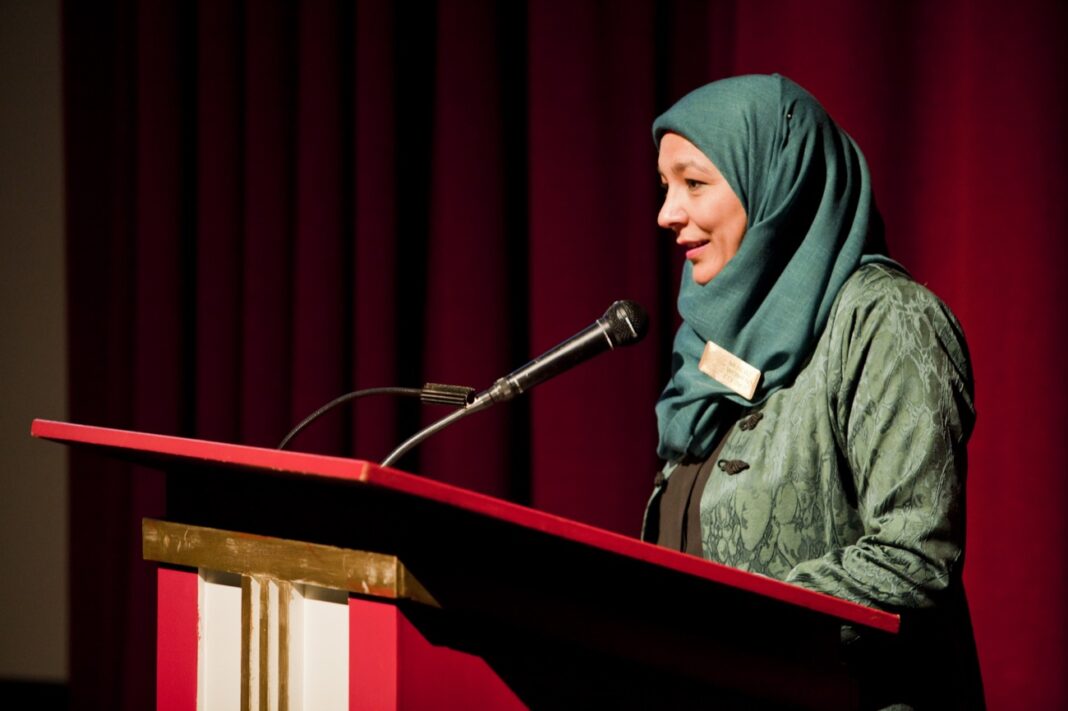 Nuzhat Ali, a much-loved community leader from Bradford, sadly passed away after a long battle with cancer at the age of 57 on Tuesday 9th February.

Born and bred in Bradford, Nuzhat completed her Master’s degree in Islamic Studies and went on to help shape the lives of many Muslim women across the UK by giving them voice and vision.

She became Bradford Cathedral’s first Muslim inter-faith development officer in 2009, and was passionate about making a difference through her work across faiths and communities; and dedicated many years to the Young Muslims organisation and the Islamic Society of Britain.

The award-winning writer, had written several successful plays including ‘When George Came to Bradford’ and ‘Flight’, and was a founding member of Muslim Women’s Council (MWC), a registered charity based in Bradford.

Full of immense wisdom and knowledge, she was a feisty and integral part of the charity, refusing to sit on the fence and insisting on ‘walking the walk’ rather than just soundbites. Nuzhat organised many seminars, conferences and events at MWC, and compiled a book on the shared heritage of headcoverings across Abrahamic faiths.

A dedicated teacher and mentor for many young people, she was passionate about the MWC’s women led mosque initiative, aiming to provide fair access to the community facilities for Muslim women.

Bana Gora, Chief Executive of Muslim Women’s Council said: “Nuzhat regarded herself as a life-long student, and we are proud to say we learned and continue to learn so much from her life and beautiful legacy.

“Her significant and profound impact on the lives of everyone she came into contact with is evident from the outpouring of love we are witnessing all over social media.

“Nuzhat has always been an immense source of knowledge, comfort and support for so many of us, this is a great loss for our community.

Her courage, honesty and dedication will always be remembered. Nuzhat was a devoted wife, mother and grandmother. Our thoughts and prayers are with her husband Maroof, her three children and three grandchildren.”

Hassan Joudi, Deputy Secretary General and Mosque Affairs Co-ordinator at Muslim Council of Britain said: “On behalf of the MCB I would like to send our condolences to the Muslim Women’s Council and express our profound sadness at the passing away of Nuzhat Ali.

“I was fortunate to liaise briefly with Nuzhat during 2019 in connection to the Women in Mosques Development Programme. I pray to Allah (swt) to give Nuzhat’s family and the MWC team increased strength and patience in this period”.

Reverend Jenny Ramsden, Faith to faith worker at Touchstone Bradford said: “Completely devastated by the death of my beloved friend Nuzhat; as are, I know, so many from across Bradford and far beyond.

“At the Great Get Together in Bradford, in memory of MP Jo Cox we spoke together on the theme of ‘We have far more in common than that which divides us’, a phrase which sums up our friendship.

“It also sums up Nuzhat’s passionate commitment to working together with people of different faiths to create a more peaceful world in which to live. We were ‘Great Together’ and I will miss her more than words can say.

“My sincere and heartfelt condolences to Nuzhat’s parents, husband, children, family and to her many many friends.”

“Amongst other talents, she was passionate about serving communities. May the Lord grant the family and friends fortitude to bear the loss, and grant the ability to continue Nuzhat’s legacy.”

Daniel Greenwood, Chief Superintendent of Bradford District said “I was so sad to learn this morning about the passing of Nuzhat, There are no words that will ease the grief you are all experiencing.

“May Allah (swt) grant her Jannat-ul Firdaus. My deepest condolences on behalf of Bradford District Police. Our thoughts are with the Muslim Women’s Council and Nuzhat’s family at this difficult time”.

Nuzhat’s funeral took place in Bradford on Wednesday 10th February. Her family has set up a fundraising page to build as many water wells in her name as possible: https://givebrite.com/100-water-wells-4-yemen/hiba-maroof