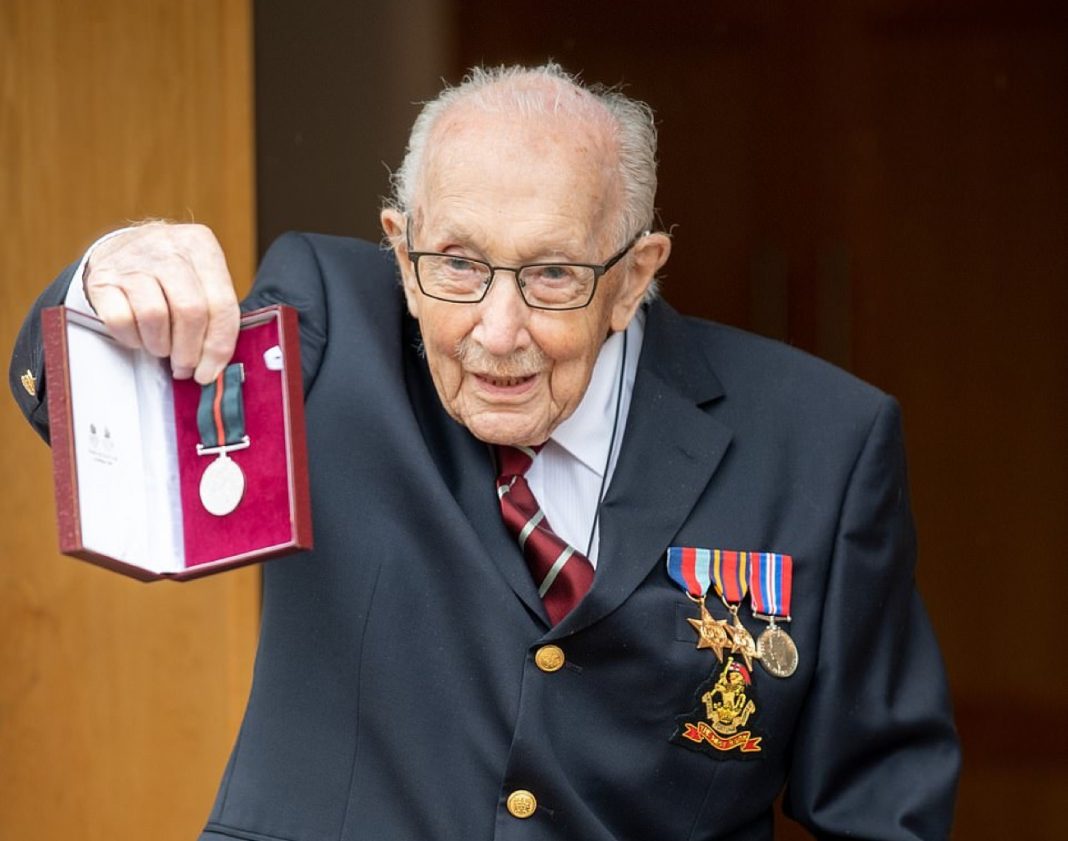 More than fifty petitions have been started on Change.org since the news of Captain Sir Tom Moore’s death yesterday evening, with a variety of asks to memorialise and remember the NHS charity fundraiser.

At least 10 petitions have been started for a state funeral for Capt Sir Tom. Sam Watson, who started a petition for a state funeral, says: “The U.K. government can pass a vote to hold a state funeral, usually held for Monarchs or distinguished individuals. He fought with honour and bravery in war, and during our darkest hour in modern times he raised £33m for the NHS.”

There have been other petitions for a minute’s silence, to bury Captain Sir Tom Moore in Westminster Abbey and for a 21 gun salute or flypast.

There have also been a dozen petitions for statues of Capt Sir Tom.

Over 500 people have already signed Hayley Gallagher’s petition for “a statue in his honour to represent the man he was and the impact he had on everyone and to keep the values of this country alive.”

Phillip Mitchell has also started a petition for a statue for Captain Sir Tom Moore, with a suggestion that “Millions of people from home and abroad visit Trafalgar Square, and a permanent memorial to Sir Tom on the fourth plinth would be a wonderful tribute not only to him but would also provide a lasting memorial to the thousands of other people who have succumbed to this terrible virus.”

Other people have started petitions to name a hospital in honour of Captain Sir Tom Moore, for a 50p coin or a bank note featuring Capt Sir Tom, and for a bank holiday in his memory for “random acts of kindness”.

The original petition for Captain Tom Moore to be knighted reached over a million signatures in April 2020. Sonia Wilson, an NHS midwife from Leeds, started her petition on Change.org after being inspired by Capt Tom’s fundraising efforts. Her petition quickly went viral and gathered over 500,000 signatures in a day. Shortly afterwards, Downing Street announced that Capt Tom would receive a knighthood and he was subsequently knighted by the Queen in July.

BLACKS SOLICITORS: Failing to Make It Over the Finishing Line