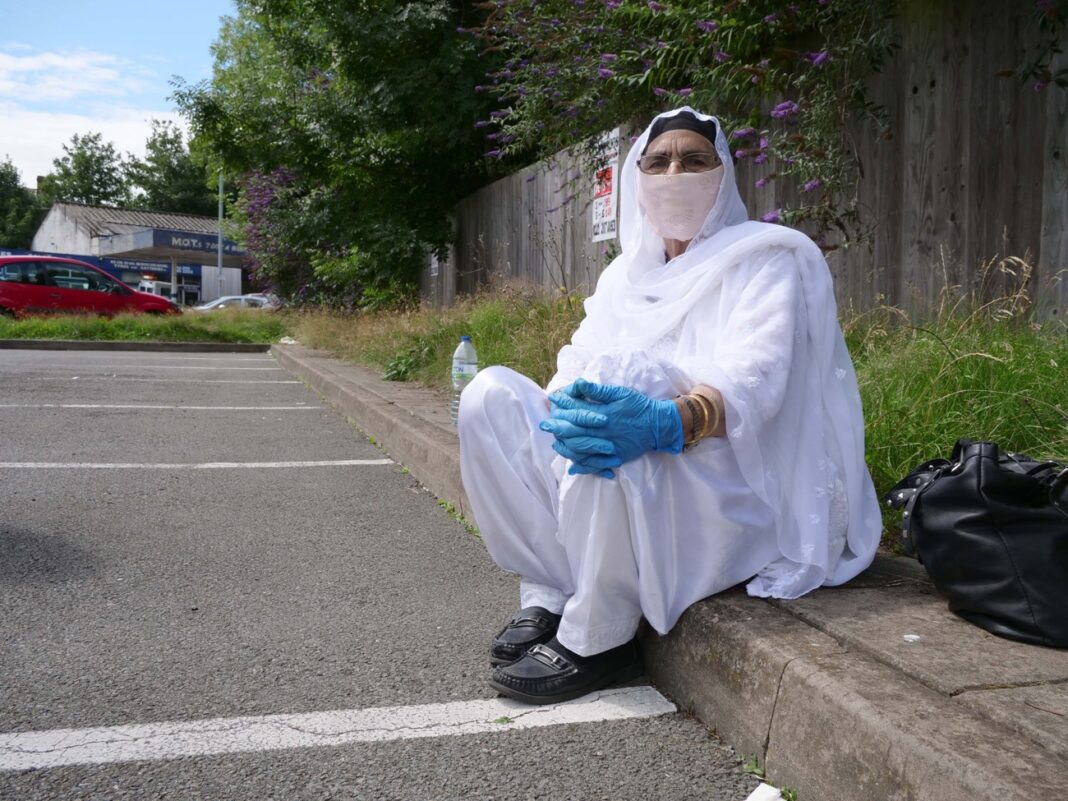 75-year-old Gurmit Kaur Sahota is an undocumented migrant living in Smethwick for over 10-years. She has been living in fear of being “forcibly removed” to India, a country where Gurmit told us she has no family.

For the last decade, Gurmit has been committed to being a vital part of her local community, helping feed people at her local temple.

Gurmit came to the UK in 2009, and Smethwick has been home to her ever since. The local Sikh community had adopted her.

Though she applied to stay in the UK in 2010 but her application was refused. She was 65 at the time.

She then received letters from UK Visas and Immigration (previously UK Border Agency) threatening to deport her.

Fearful of these threats, she did not contact the Home Office again until this year. She has had no correspondence or communication with them since 2013 and has struggled to understand why she’s been refused.

This case has similarities to the recent Windrush scandal, where people who contribute to UK society are made to feel unwelcome.

After a decade of living in the UK, Gurmit still suffers an uncertain future.

Gurmit Kaur said: “If I was to return to India, I would have nowhere to go and no home to return to, and I have no family there.

“Being here in Smethwick is my true home, it’s where I work to help the community, it’s where I give back, it’s where I know and love the people who have become my family. This is the society I am part of and the place I have made my home.

“I have spent my life helping and giving to others and want to be able to continue to do this. But as I’m getting older, my community want to help me stay here and support me, this is why they are rallying behind me and I’m deeply touched by this campaign.”

People who have met Gurmit have commented on how generous she is and feel she’s very much part of Smethwick. Most of her days are spent volunteering at the local Sikh temple – Gurdwara Baba Sang Ji.

At a local Black Lives Matter protest in Smethwick in July 2020, Gurmit was giving out fruit to protesters in solidarity with the cause.

Many of them cheered her name and are supporting her campaign.

Migrant voice urge the Home Office to grant Gurmit Kaur Leave to Remain in the UK.

The campaign for her to get leave to remain has been launched with Migrant Voice, Brushstrokes and Gurdwara Baba Sang Ji;; and is supported by members of the community.

An online petition opened on Sunday (July 19th) has already gained over 54,000 signatures (at time of writing); with the hashtag #WeAreAllGurmitKaur trending on social media.

Members of the public are also showing their support by taking and posting photos of themselves holding posters displaying ‘We Are All Gurmit Kaur’.

Her campaign has attracted support from local politicians and community leaders across the West Midlands as well as people all over the world.

Nazek Ramadan, Director of Migrant Voice, said: “We’re standing with Gurmit Kaur because, like so many undocumented migrants in the UK, this country is her home and she’s a deeply valued member of her community.

“We urge the Home Office to regularise her status, and that of all undocumented migrants in the UK, so that she and thousands like her can live without fear of being detained and deported, and protect themselves and their families, especially during this pandemic.”

A day helping others: Yorkshire folks clock up 600 hours of...