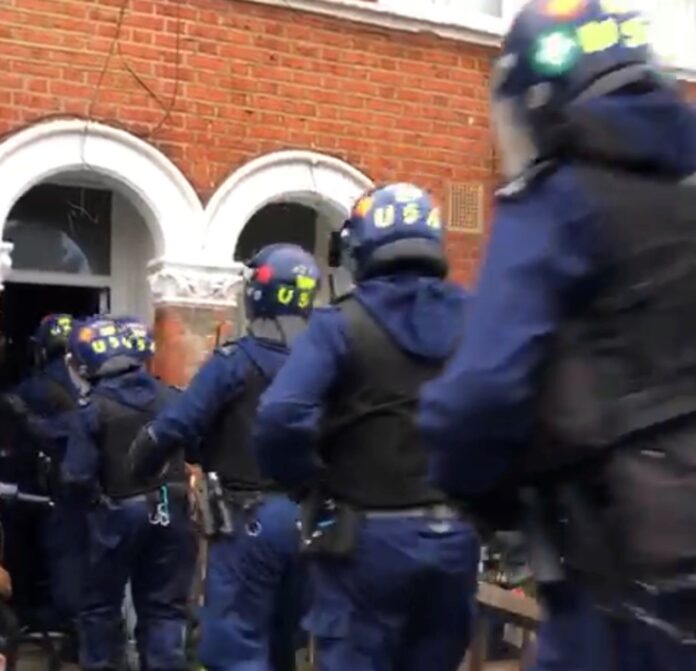 A total of 21 people have been arrested on suspicion of being concerned in the supply of class A and class B drugs after a series of dawn raids were carried out.

The warrants are the culmination of an eight-month investigation into drug supply, anti-social behaviour and violent crime in and around Stratford Park, Newham, which was launched following complaints from the local community.

Those arrested across Newham and Waltham Forest on 8th July, included 20 males and one female, aged between 16 and 39-years-old. They have been taken into custody.

In addition to the arrests, a stolen vehicle and imitation firearm were also seized.

A number of Newham and Waltham Forest local officers were involved in the operation, as well as officers from the Territorial Support Group (TSG).

Detective Inspector Iain Wallace, who led the operation, said: “We know that drug supply is linked to a high proportion of violence we see across Newham, which is why operations like this which seek to bring those responsible to justice is paramount.

“This long-term operation was launched as a direct result of local community concerns around drug dealing and violent crime in Stratford Park – we will not tolerate any criminality which causes misery to many who live here.

“I hope the arrests we have made today highlight our unwavering dedication to driving down violence, drug-dealing and anti-social behaviour, and reassures the community that we are absolutely committed to working with them and making the areas in which they live safer.”

We would like to hear from anyone who has information about crime. Community intelligence can be used to great effect to not only detect, but also prevent crime, keep London safe and save young lives. If you don’t want to speak to the police, contact Crimestoppers on 0800 555 111. They are a totally independent charity and you will remain 100% anonymous – they never ask your name and they cannot trace your call, your IP address or the device you use. Alternatively, visit their website https://crimestoppers-uk.org/.

If you are worried about someone you suspect may be carrying a knife or other weapon, advice and support is also available through organisations including Knife Free https://www.knifefree.co.uk/get-help-support/ and Fearless: https://www.fearless.org/en

Yorkshire parents urged to remind teenagers to get vaccinated against deadly...