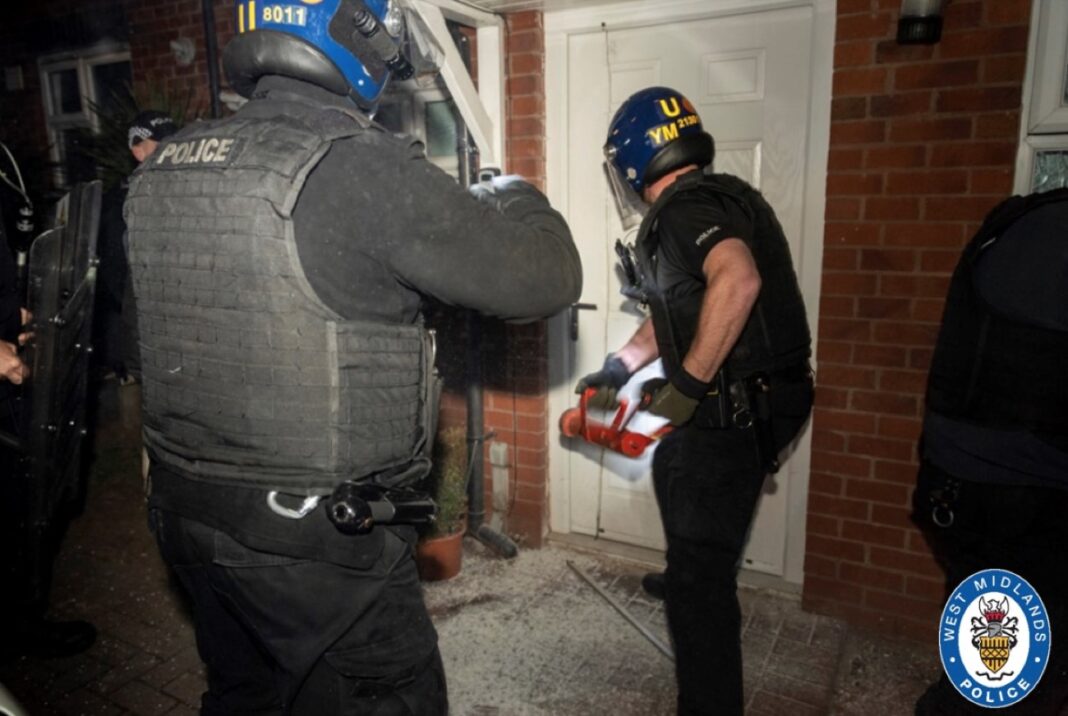 The West Midlands police force has acted on a pledge to tackle organised criminality in Birmingham by expanding and restructuring our gangs unit to better target the city’s crime groups.

Extra officers have been brought in to create two units – one covering central Birmingham and another for east of the city – to tackle Organised Crime Groups (OCGs) and Urban Street Gangs (USGs).

The move enhances their ability to disrupt gang activity, improve our intelligence gathering, and enable us to strike swiftly against those who pose a danger to our communities.

Working alongside neighbourhood police teams the units carry out regular suppression operations – on the lookout for people and vehicles linked to gangs and organised crime – and proactive raids on target addresses.

Other officers specialise in offender management to ensure gang members adhere to any bail conditions, exclusion zones and curfews, plus offer support for anyone wanting to exit a gang lifestyle.

Inspector Dawn Burns runs the central Birmingham team. She said: “The new structure allows us to really get under the skin of gangs and grip those who cause the biggest risk of serious harm.

“The way a gang operates or recruits young people in central Birmingham can differ from the challenge in other parts of the city. We are getting smarter at how we address those challenges and tailoring our response to tackling the specific threats. It’s not a one-size-fits all approach.

“We’re sending out a clear message: anyone who affiliates themselves with gang crime runs the very real risk of arrest and spending a long time locked up in prison.

“We will use all the tools and tactics at our disposal to go after offenders and safeguard our young people from exploitation by people intent on grooming them into gangs.”

The units operate regular patrols in areas linked to gangs and can call upon other specialist teams, such as firearms or rapid entry units, to assist on planned operations.

Members of the team also work with youth services, charities and communities to divert vulnerable young people away from exploitation by organised criminals, and offer improved life choices.

And Birmingham Police Partnership Teams have also been delivering vital gangs workshops to school staff during the Covid-19 lockdown.

The video presentations give teachers and youth workers the latest insight of the city’s gang scene and help to recognise signs that may indicate a child is getting drawn into gangs, including different bandana colours linked to group affiliation.

The aim is to identify impressionable young people who may be at risk of falling into gangs and to offer support before it’s too late.

Inspector Sharon Revitt runs the east Birmingham team. She added: “To successfully tackle organised crime groups requires a partnership approach, including the public sector, charities and the community. We can’t address it alone and it’s not just about arresting and jailing offenders.

“Together we need to present young people with opportunities in education and employment as an alternative to guns, gangs and organised crime.

“Alongside youth services, our Exploitation Hub aim to support those who want to turn their lives around and desist from criminality – but for those who chose to remain involved in gang crime, people can rest assured we will deal with them robustly.”

Getting in the girl zone

1.2 tonnes of cocaine seized as seven men charged after major...