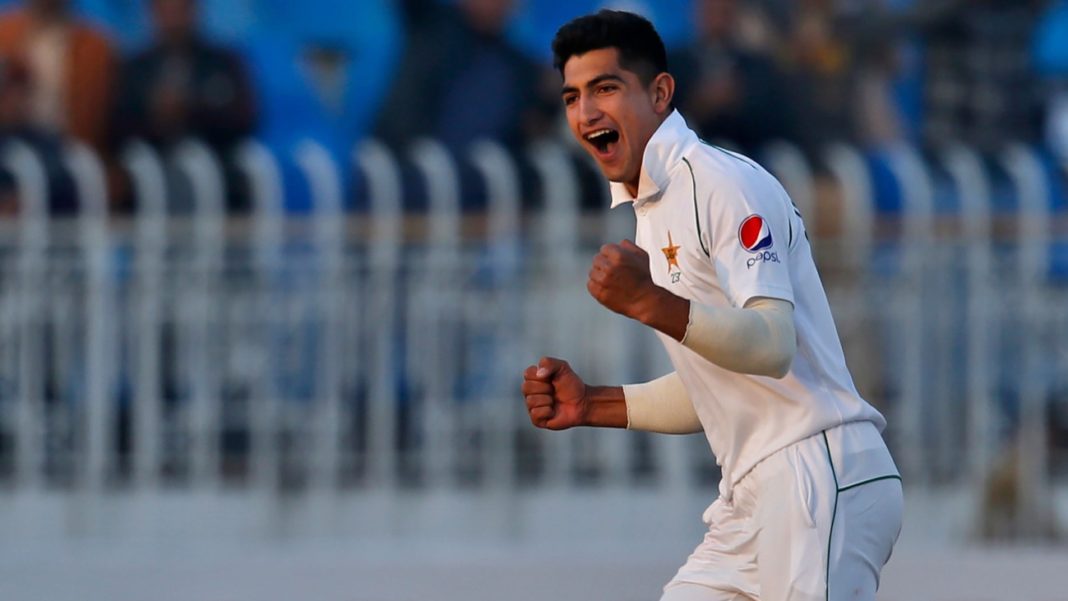 Teenager Naseem Shah bowls like the wind. The Pakistan pacer carved out his own little piece of history by becoming the youngest bowler at age 16 – just days before his 17th birthday, to take a Test hat-trick as the hosts closed on victory over Bangladesh in Rawalpindi.

Achieving the feat against Bangladesh, he shattering the previous record held by Bangladesh’s leg-spinner Alok Kapali, who was 19 when he claimed three consecutive scalps, curiously enough against Pakistan in Peshawar in 2003.

Naseem was on the fourth ball of his seventh over when he trapped Najumul Hossain Shanto lbw with Bangladesh on 124-2 at the time. The scoreboard was about to look a lot more attractive for the hosts in Rawalpindi as the youngster repeated the feat to dismiss Taijul Islam lbw.

Naseem, who made his name when he got into the squad for Pakistan’s tour of Australia last year, has already been in the headlines as he is also the youngest fast bowler to take five wickets in a Test innings. He achieved that feat at 16 years and 307 days against Sri Lanka in Karachi last year.

Having already accounted for Saif Hassan, Naseem finished the day with impressive figures of 4-26.

At stumps, Bangladesh were still 86 runs in arrears to avoid an innings defeat with four wickets. Pakistan will be looking to close out the game on Day 4 on Monday with Bangladesh on 126-6 in reply to Pakistan’s 445. In the first innings, the visitors could only manage 233.

“It was an outstanding second spell by Naseem … and I really enjoyed watching him bowling in the field,” Pakistan batsman Babar Azam said. “The best thing about Naseem is that he bowls according to the plan and he’s learning fast.”