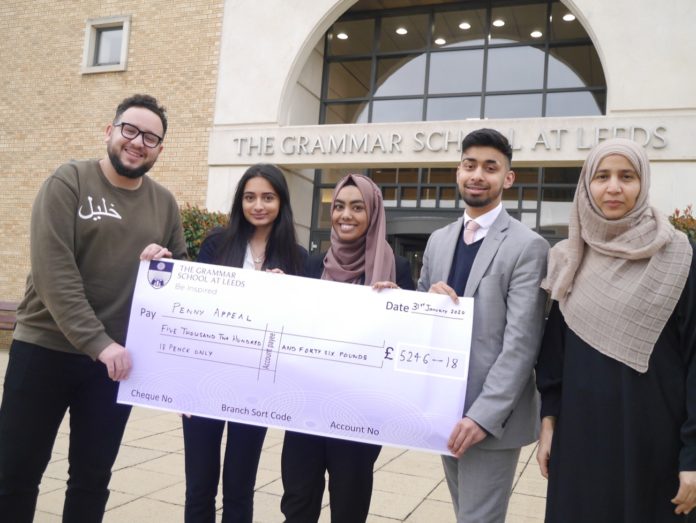 A student-led fundraiser at The Grammar School at Leeds (GSAL) has raised over £5,000 for the relief of people affected by the earthquake in Kashmir.

Concerned at the plight of thousands in the disaster-hit region, the school’s Muslim faith leaders decided to organise a fun family event, with all proceeds in aid of the charity Penny Appeal.

Students presented the cheque to Khalil Benkhalil, Penny Appeal fundraiser manager for the north of England, for the charity’s Kashmir earthquake fund.

Khalil said: “It’s a phenomenal effort by everyone involved. This achievement is not small change, it’s a huge change for our emergency aid in Kashmir.

“The region is affected by conflict as well as the earthquake and this donation will help our work to alleviate their suffering.”

The event was organised by the Muslim faith leaders who are all Year 13 students, supported by Mrs Nema Saeed, individual needs teaching assistant and Muslim faith coordinator.

Their fundraiser was an afternoon of food and fun for all the family held in school, and was the third annual charity event by the school’s Islamic Society.

Thanks to the generosity of school families and the local community, costs were kept low to maximise the benefit for the charity.

Schoolwear specialists Rawcliffes Leeds sponsored the dinner, and many other businesses and individuals donated goods and their time, to provide a range of stalls and entertainment.

Student faith leader Bismah said: “There was a very happy atmosphere on the night.

“We were so pleased to see the younger pupils involved and everyone enjoying themselves. It gives us a great sense of achievement as faith leaders and we’re overwhelmed by the amount raised.”

HOMESCHOOLING? Top experts in education tell you how to cope with the chaos 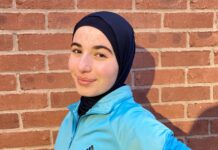