The Mail on Sunday has agreed to pay substantial damages to a junior minicab licensing officer after it falsely accused him of acting as a “fixer” for paedophile taxi drivers in Rochdale.

Wajed Iqbal, 44, said the grave allegations in the Mail on Sunday in 2017, ruined his life. They destroyed his reputation, led him into unemployment, depression and not being able to see his children.

On Thursday 30th January, Mail on Sunday settled at the high court in a case that is estimated to have cost the newspaper a further £1m in legal fees.

Their story claimed British-Pakistani Wajed, cleared taxi drivers of the same background to work in Rochdale at a time when it emerged that groups of men were sexually abusing children.

Headlined “Scandal of the mini-cab predators”, the Mail on Sunday drew their attentions to Wajed. At the time he was a taxi-licensing official at South Ribble borough council.

The coverage was part of a story first published in May 2017, highlighting the decision to renew the licence of a local driver called John O’Sullivan, who had been found guilty of assaulting a profoundly autistic child.

But attempts were made by the newspaper article to connect Wajed to a much sinister and bigger conspiracy.

The newspaper claimed that in a previous job, Wajed had been a “fixer” for taxi drivers in Rochdale. This was at the height of the Rochdale grooming scandal. It surfaced that some local cab drivers were amongst those abusing and raping underage girls and were also members of paedophile rings.

The article had painted the picture that Wajed played a lead role in Rochdale Council’s licensing office when in fact he was one of around a dozen other members of staff were working in the department.

With regards to revoking taxi driver’s licenses, Wajed says that at the time there was little the licensing department could have done about the grooming activities of the minicab drivers. This is because the police had been reluctant to investigate or prosecute the individuals. And because the drivers had not been found guilty of any offence, there was no grounds for their licences to be blocked.

Speaking to Asian Express, Wajed, who was born in Yorkshire and grew up in Lancashire, says his whole world just fell apart after the Mail on Sunday article. He believes the colour of his skin and ethnic background were the catalyst for the story.

“The article profoundly damaged not only my reputation but that of my family, children and close friends. As they say – there’s never any smoke without fire,” states Wajed.

Being branded in the public domain as someone who assisted paedophile led him to towards suicidal thoughts.

“The consequences were harrowing,” says Wajed.

“I was out of work and reliant on anti-depressants. Potential employers offering agency work would screen my name and withdraw the offer when they saw the negative press coverage.

“I was already being having issues in my marriage and this story was the ‘nail in the coffin’, so to speak. As a result of the societal shockwaves, I wasn’t able to see my children for two-years.”

Now having remarried, the £180,000 settlement will help rebuild his life and pay off debts he has accrued as a result of signification periods of unemployment. Much to his joy, he has also begun rebuilding his relationship with his children.

“During this time I’ve feared for my life. I put CCTV all up around my house – I had to come off social media completely.”

His barrister William Bennett QC told the court that Mr Iqbal had previously worked as a licensing enforcement officer for Rochdale Metropolitan Borough Council between 2005 and 2011, but was not involved in minicab licensing.

“Nevertheless, Mr Iqbal is satisfied that the defendant has come to court to offer its sincere apologies to him for making the allegations complained of and to acknowledge that they were false,” he added.

As part of the settlement, the newspaper has agreed to retract the claims, with a court statement making clear that Wajed Iqbal did not work exclusively as a taxi licensing official while at Rochdale and emphasising that he was never issued with any formal warning over his work at South Ribble council.

Wajed has stressed his concern about Islamophobia in parts of the British media.

“As a community, we need to be more proactive in challenging the media and Islamophobia. We must challenge what are often outright lies by the right-wing media in this country.

“Every society and race has bad people, it doesn’t mean everyone in that race are the same bad people.

“I was portrayed as if I was connected to these bad people.

“The grooming scandal unfolded some deep corruption, I’m a father myself and to think of what those men did to young vulnerable children makes me sick to the stomach.

“But it is wholly wrong to label the entire community as corrupted too.” 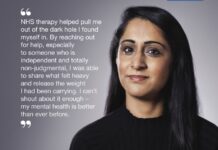 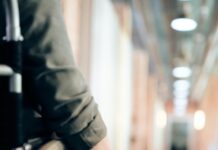 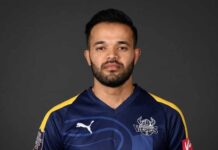