A Pakistani business tycoon has agreed to hand over a lavish London property, cash and other assets worth almost £200million to UK investigators. The property was also previously owned by ex prime minister Nawaz Sharif.

Riaz Hussain is one of Pakistan’s richest and most powerful businessmen, a billionaire who is also well known for working on upmarket gated housing communities and his charitable activities.

As chairman and founder of the famous Bahria Town Group, Riaz Hussain has led his company to steer hugely successful housing projects in Lahore, Rawalpindi and Karachi. His portfolio is the largest privately-held real estate development company in Asia.

He’s also notoriously famous for his buying power, and is known for giving gifts of luxurious cars and mansions to journalists, generals, and politicians.

But over the last year he has been fighting court action over business deals in Pakistan, but denied any wrongdoing today.

Now the property developer has agreed to hand over assets and funds worth £190million to UK authorities.

The agreement includes plans for this luxury property overlooking Hyde Park to be handed over to British authorities. It is expected to be sold and the proceeds given to the Pakistani government.

Sources insist the agreement is a civil matter and does not suggest any criminal guilt.

With the assets seized under the Proceeds of Crime Act 2002, Riaz Hussain’s lawyers would have been mindful of recent so-called McMafia orders, officially known as Unexplained Wealth Orders (UWOs).

Investigators from the National Crime Agency (NCA) secured nine freezing orders covering £140 million in funds in UK bank accounts, on the grounds that the cash may be the proceeds of crime.

It announced that an agreement had been reached with Riaz Hussain to hand over the cash and ownership of the exclusive address, which overlooks Hyde Park. The assets will be given to the government of Pakistan.

Riaz Hussain denied wrongdoing, tweeting: ‘Some habituals are twisting the NCA report 180 degrees to throw mud at me. I sold our legal & declared property in UK to pay £190M to Supreme Court Pakistan against Bahria Town Karachi.

‘NCA press release says the settlement is a civil matter and does not represent a finding of guilt’. I am a proud Pakistan and I will remain until I breath my last.’

The freezing orders were on the cash and assets rather than against any individual, and the settlement is a civil legal procedure that does not represent a finding of guilt. 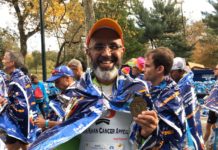