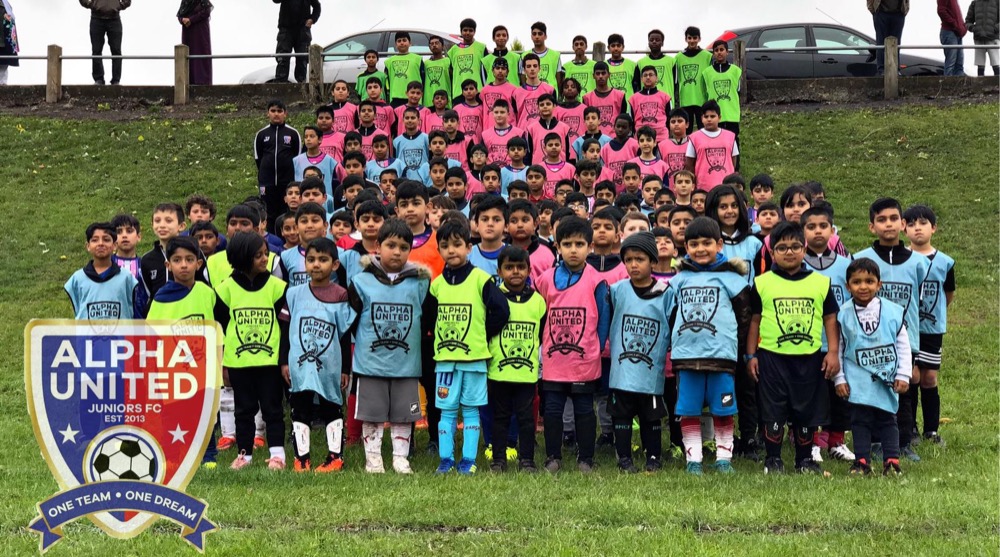 “We saw an issue in the local community of kids not having an outlet and being attracted to be drugs mules and joining gangs.”

A junior football team has been awarded a Queen’s Award for it’s work with youngsters in Bradford.

Alpha United Juniors Football Club was honoured with the Queen’s Award for Voluntary Service, the highest award a voluntary group can receive in Britain.

Founded by marketing graduate Mohammed Waheed, 32, the award-winning grassroots football club has grown from strength-to-strength since it’s inception in 2013, having won numerous awards and television appearances over the years.

But the latest award sees the club breaking new ground as one of the first football clubs to receive the distinction.

The Queen’s Award for Voluntary Service aims to recognise outstanding work by volunteer groups to benefit their local communities.

Mr Waheed said: “It’s a fantastic award to achieve following on from a few other national awards the club has received including being named nationally as the best junior club.

“The award is a prestigious honour for the club and the biggest award for a club like ourselves to achieve given that it is the highest honour in the country.

“It is one that fills us with a great sense of achievement and barometer for the success that has been achieved to date given the premise of the club.

“For a Black, Asian or Minority Ethnic (BAME) club from inner city Bradford to attain such an award is recognition for all the juniors, volunteers and sponsors of what we are trying to achieve here in the community.”

Alpha United Juniors Football Club, is led by a group of volunteers and holds classes for hundreds of children. Sessions start from four-year-olds, with the club having several coaches covering all the way to 18 year olds.

The club’s philosophy is simple and well received by the local community and this, says Mr Waheed, makes a lasting difference to the juniors at the club.

Talking about the inspiration of setting up the football club, Mr Waheed says: “We saw an issue in the local community of kids not having an outlet and being attracted to be drugs mules and joining gangs.

“The club is mainly self funded along with sponsors, for which we are very grateful.”

As Alpha United continues to grow they are always on the lookout for new players and also coaches. If you would be interested in joining the club, visit www.alphaunitedjuniors.com