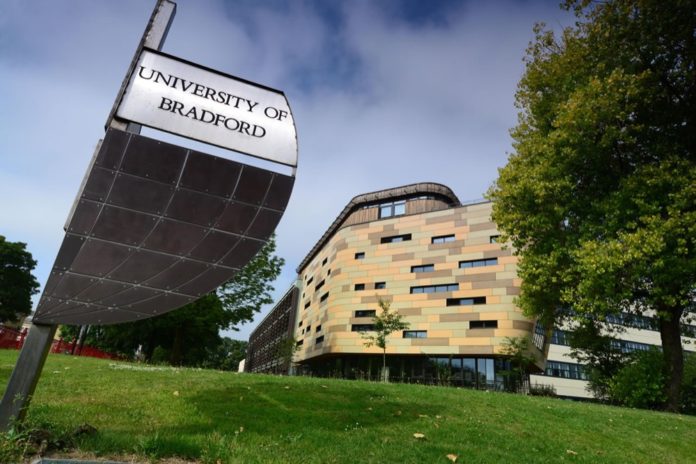 The University of Bradford will honour eight national and international figures with honorary degrees at its forthcoming graduation ceremonies.

The ceremonies take place on Wednesday 4 and Thursday 5 December, in the Great Hall of the city campus, where Chancellor Kate Swann and Vice-Chancellor Professor Shirley Congdon will present the honorary degrees.

Receiving honorary degrees from the University will be:

Dr. Venkata (Murthy) M. Renduchintala is Group President of the Technology, Systems Architecture & Client Group and Chief Engineering Officer at Intel Corporation. He has spent a substantial part of his career in the SoC, mobile and IoT areas. Prior to joining Intel, he was Executive Vice President of Qualcomm Technologies Inc. and Co-President of Qualcomm CDMA Technologies, where he led its semiconductor business in the computing and mobile segments. He joined Qualcomm in 2004 from Skyworks Solutions/Conexant Systems Inc., where he was Vice President and General Manager of the company’s Cellular Systems Division. Prior to Skyworks, he spent a decade with Philips Electronics, where he progressed to become Vice President of Engineering for its consumer communications business. He holds a Bachelor’s Degree in Electrical Engineering, a Master’s Degree in Business Administration and a Ph.D. in Digital Communications from the University of Bradford.

David Wilson is an expert advisor to the UK Commission to UNESCO on the development of creative cities and has provided mentoring and support to many candidate cities applying to join the UNESCO Creative Cities Network over the past decade. David is an international ambassador for the creative cities programme, and a regular speaker at film, business and community events on culture and sustainable development. In addition to writing about film and presenting review shows on TV and radio, he is invited to speak at international conferences, festivals and events on the impact of culture and creativity on sustainable development. David is Guest Professor at the Beijing Film Academy Modern Creative Media College and Fellow in Film at the University of Bradford. He is also a member of the advisory board at the Centre for World Cinema & Digital Cultures – University of Leeds, UK. David has a first-class honours degree with a focus on culture and regeneration from the University of Bradford.

Ian Beesley is an award winning and internationally acclaimed artist and photographer. His work has been exhibited both nationally and internationally. His work is held in the collections of the National Media Museum Bradford, The Royal Photographic Society, The V&A London, The Smithsonian Institute, Washington & the Imperial War Museum London amongst many other important collections. On leaving school he worked as a labourer in a mill, a foundry and then at a sewage works. He was encouraged to find a profession and he found photography and eventually won a place at Bradford Art College. On graduating from college, he received a Kodak Scholarship for social documentation and began his life’s work of documenting the demise of industrial society and its effects on communities in particular his hometown of Bradford. In 2012 he was awarded the Honorary Fellowship of the Royal Photographic Society. He is currently the artist in residence for Born in Bradford at the Bradford Institute for Health Research, Yorkshire Water and IDEAL (Improving Dementia Experience and Active Living).

Shafi Ahmed is a consultant laparoscopic colorectal surgeon, working at the Royal London Hospital, specialising in colorectal cancer. Born in Sylhet, Bangladesh and raised in East London after coming to the UK at the age of four, he is one of four siblings. Shafi graduated from Kings College Hospital Medical School in 1993 and completed his training in general surgery in London. In 1997 he was appointed as a Consultant surgeon at the Royal London and St Bartholomew’s Hospitals. He then undertook a period of research exploring the genetics of colorectal cancer and obtained a PhD. A passionate teacher and educator, Shafi was awarded the Silver Scalpel award in 2015 as the best national trainer in surgery by the Association of Surgeons in Training. He is also an Associate Dean at St Bartholomew’s Hospital and the London Medical School and was elected as a Member of Council at the Royal College of Surgeons of England. Married to Farzana, a GP working in Plaistow, London, he has two children, Usmaan and Zarina.

Sir Nick Weller is a National Leader of Education, the Chief Executive and Accounting Officer of the Dixons Academies Trust. He is a Board member of both the Queen Street Group of national MATs and the New Schools Network. He spent the first 25 years of his career in London, as an English Teacher, middle and senior leader, and then Head teacher. In 2006 he moved north to take up the post of Principal at Dixons City Academy on its conversion from the CTC. Since then he has led the expansion of the Trust from just over 1,000 students then to well over 8,000 across Bradford and Leeds today, establishing one of the very highest-performing Multi-Academy Trusts in the country, in an area of significant social and educational disadvantage. He was awarded a knighthood for services to education in 2015. His report to the Treasury and DfE on schools in the Northern Powerhouse region was published in November 2016.

Roland Clark – Doctor of the University (Thursday 5 December, 10am ceremony)

Roland Clark is a Governor at Belle Vue Girls Academy and has been involved in the education sector for many years, which has given him wide experience including as Chair of Governors of a local Church Primary School. Roland is Chair of the YMCA in Bradford as well as Chair of ‘Inn Churches’ that in winter organises overnight accommodation in local churches as well as running ‘The Storehouse’ café in Bradford and delivers training on healthy cooking and nutrition on a limited budget. His role within the Bradford Diocesan Academies Trust enables him to make a positive contribution both in the area of education both within a Christian context as well as to the overall welfare of the region.

Ram Saroop is a solicitor and heads the Dispute Resolution Department of the legal firm RDC Solicitors in Bradford. In 1998 he was appointed as a Conciliation Officer by the Law Society to assist with complaints against solicitors. After ten years as a Conciliation Officer he was appointed as a Consultant advising solicitors regarding complaints and client care procedures. He also assists a number of charities and other organisation outside his professional work. Currently Ram is an External Trustee on the Board of the University of Bradford Union of Students. He is also authorised to conduct Civil Marriages at the local Bhawan. Born in India, Ram has lived in Bradford since 1964. Married with four adult children and two grandchildren, he has been associated with the University of Bradford Union of Students since early 1990’s in helping advise both home and international students.

Dr. Josephine Borchert-Ansinger has been involved in European higher education for well over 30 years and is presently Executive Advisor, European Graduate Development for IVA Driebergen (Netherlands). Previously the Founding Dean of NIMBAS Business School in the Netherlands, Josephine single-handedly developed a leading European business school that developed strong ties and relationships with a number of global partners including close links with the School of Management, University of Bradford. Following a merger with TIAS business school and subsequent sale to Tilburg University in the mid-2000’s, Josephine continues to provide advisory and consultancy services to a number of higher education institutions in the Netherlands as well as Ireland on graduate (Masters) admissions to leading universities in Europe. Over this period of time, Josephine has maintained strong links with the School of Management, as an Executive Advisor for graduate recruitment in Europe wherein she serves as the current link with IVA Driebergen.

Getting in the girl zone

In a ‘class’ of their own: Bradford teacher and former bus...