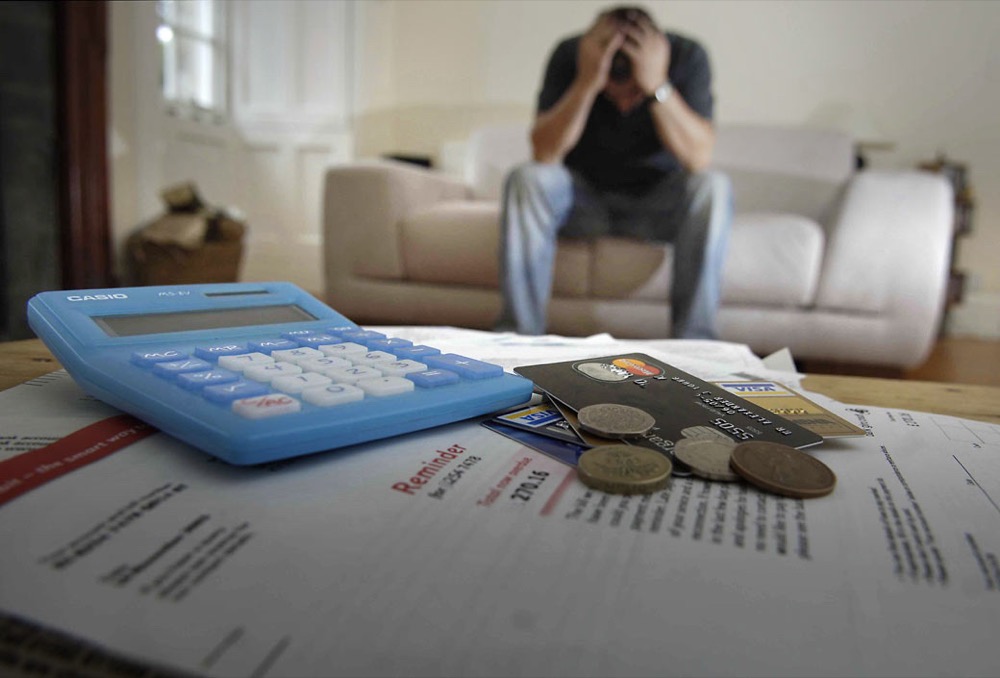 As a nation, our personal lives are taking a hit, as money worries make us 12 times more likely to have troubled relationships with friends and family. Spending ages dealing with money issues? You’re not alone.

People in Leeds are among the most worried about money in the whole country, according to a nationwide study revealing the UK’s most financially stressed cities.

Leeds came in fourth out of eleven major cities, more stressed than Sheffield, Manchester, Liverpool and even London. Forty-one per cent of workers in Leeds say they have money worries, compared with 36 per cent nationally, and 46 per cent in Birmingham, which took first place.

The city is also where people are the most tight-lipped when it comes to money worries. Twenty-eight per cent said they ‘don’t feel comfortable talking about their finances to anyone’, compared to only 11 per cent in Cardiff.

When it comes to savings, it seems we’re also trailing the pack. Sixty per cent of workers in Leeds are saving less than £100 per month. Only Edinburgh ranked worse, with a score of 66 per cent.

One in five people in Leeds are unable to save anything at all. Worse still, 24 per cent of us have less than £500 available in both our savings and current accounts. This puts the city in joint worst position, along with London and Glasgow.

Unsurprisingly, the stress is impacting mental health in the city. Anxiety and panic attacks are what a quarter of Leeds respondents have to deal with, while 13 per cent say their money situation has them feeling depressed and struggling to carry on.

Twenty-eight per cent of us struggle to sleep at night, tossing and turning as we fret about our finances.

Asesh Sarkar, CEO and cofounder of Salary Finance who commissioned the report said: “The research shows that financial stress has a real and negative impact on mental health for people working in Leeds, and this has a knock-on effect when it comes to work and productivity.

“That’s why it’s important for employers to take a role in helping their employees to get on top of their finances. It’s not always about paying people more, but helping them with education, advice and ways to make their salary work harder by offering pay advances, savings and low interest borrowing options.”

How do things look in other cities? Well, count yourself lucky you’re not in Birmingham!

The West Midlands city was in the top five for 15 out of 16 measures of stress caused by finances. It has the biggest chunk of people with money worries (46%), and of people losing more than five hours every week dealing with these issues (26%).

Edinburgh takes the number one spot more times than anywhere else. The Scottish capital has the highest levels of credit card debt over £500 (48%), the most people unhappy with their current savings level (51%) and the most suffering depressed mood on account of cash woes (30%).

Workers in Manchester are most likely to find that money worries are having a negative impact on the quality of their work (26%). It’s also where the greatest proportion (34%) of people find themselves regularly running out of money before payday.

World Triathlon Series set for a third season in Yorkshire