Chowdhury’s bank accounts showed he received £410,223.42 despite his declared income being approximately £8,000 and no record of him being employed.

Two men convicted of offences linked to their involvement in an organised criminal network have been jailed.

Both men, who are from east London, were linked to the network which was selling stolen mobile phones and laundering the proceeds.

Both men were convicted at Blackfriars Crown Court following a trial, and sentenced at the same court to five years’ imprisonment on Wednesday, 28 August.

The convictions follow an investigation by officers from Operation Venice, the Met team dedicated to reducing moped-enabled crime in London.

On 7 April 2018, a suspect on a moped committed a mobile phone snatch theft in Springfield Road, NW8.

Unbeknownst to the suspect, the victim quickly enabled an anti-theft app he had installed on this phone, enabling him to remotely track it, take photos and make audio recordings.

During the trial, jurors heard several audio clips which capture Mohammad bargaining for a package of 16 stolen mobile phones.

The victim also used the app to take images of mobile phones suspected to be stolen inside a bag, an image of Mohammad dismantling the phones, and a photo of Mohammad as he was removing the sim card from the victims’ stolen phone. This material formed a crucial part of the evidence in the case.

On 12 September 2018, warrants were executed at four addresses including Mohammad’s home, family address, private business and a cargo shipping retailer. At his business address, officers discovered notebooks containing details of hundreds of mobile phones and prices.

At the cargo shipping premises, records were obtained showing that over a period of years, Mohammad had shipped thousands of mobile phones, laptops and computers. The entire criminal network was conservatively estimated to be worth more than £1million.

The investigation led officers to Chowdhury who was part of the organised criminal network which handled stolen phones and other equipment, and laundered the funds generated from sale.

Chowdhury’s bank accounts were analysed. This showed that between 2012 and 2018, he received £410,223.42 in cash and other credits, despite his declared gross income being approximately £8,000 during that period and there being no record of him being employed.

A warrant was executed at Chowdhury’s address where he was arrested. During the search a similar notebook containing phones with prices was found, and alongside this a number of stolen phones and other items later confirmed to have been stolen were found in his property.

Detective Inspector Steven Brownlee, of the Operation Venice investigation team, said: “Mohammad and Chowdhury sought to profit financially from the loss of others by handling and selling on what they knew to be stolen phones, many of which would have been obtained as a result of robberies and thefts. Their illegal business would have created a demand for stolen phones, which would have in turn contributed to more crime and facilitated others profiting from it.

“The investigation showed that they were the main players in a handling ring that generated hundreds of thousands of pounds in criminal revenue. The jail sentences they have received reflect the severity of their offending.

“Operation Venice officers are working day in, day out to tackle moped-enabled crime and catch offenders. In this case, our investigation took us beyond those stealing the phones.” 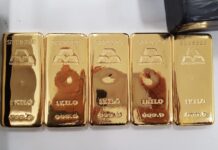