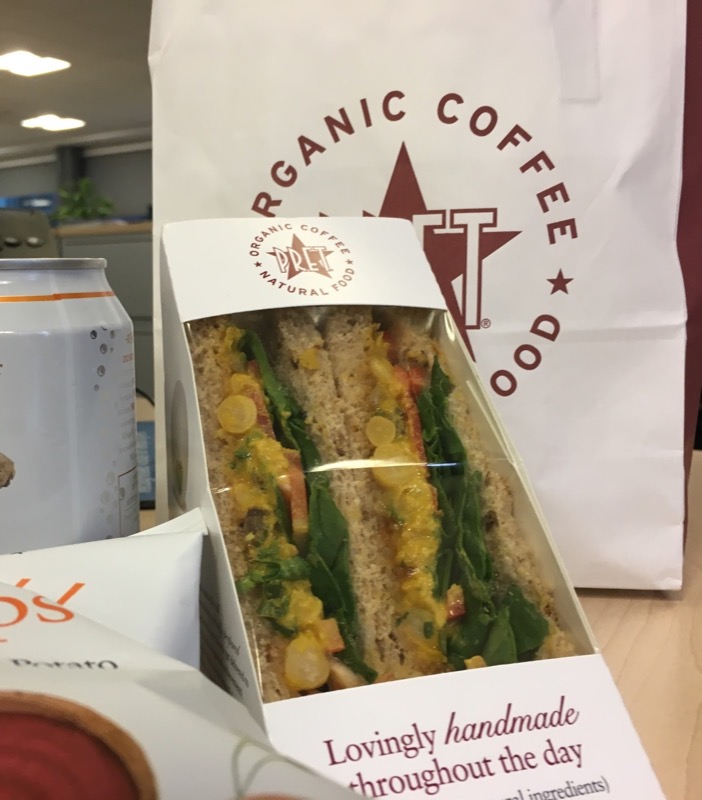 Food outlets should list all ingredients in order to protect customers with allergies, the Food Standards Agency (FSA) has proposed.

The FSA has recommended ministers adopt strict new rules, which include highlighting the 14 major allergens.

The proposals follow the death in 2016 of Natasha Ednan-Laperouse, who had eaten a sandwich from Pret a Manger.

Pret a Manger has already started rolling out full labelling on all its products.

FSA chairwoman Heather Hancock said the FSA had chosen the strictest of the options they had under discussion because “ultimately this is a life-threatening issue for a proportion of the population”.

However she acknowledged that there was a risk that business might find the new rules onerous and might consider not serving people with allergies altogether.

The Department for Environment, Food and Rural Affairs will have the final say over whether new rules are introduced.

Over-the-counter sandwich: if it’s made to order in front of you, it doesn’t currently need a label. This will not change under the new plans.

Pre-prepared sandwich, if it is made on the premises doesn’t currently need a label, just a sign nearby prompting customers to ask about allergens. But if these recommendations are adopted, any sandwich that is wrapped and picked from a shelf will need to carry a label listing all ingredients, and highlighting major allergens.

If ministers choose to proceed with the recommendation, food outlets will be required to provide a full list of ingredients on each product, highlighting nuts, eggs and dairy and other products that are frequent allergens.

Sandwich shops that make up food at the point of sale however, will not have to provide the labelling, since it is assumed a conversation will take place between staff and customer. They will still need to display signage, telling the customer to ask for allergen information if they need it.

Ms Hancock said businesses had voiced objections to the proposal, saying it would push up costs. She said the intention was to provide the food industry with the time to implement the changes, and to provide support for smaller businesses.

While the new policy would improve customers’ trust in the food they were buying, the FSA said it would also introduce a risk of “mislabelling incidents, particularly in busy kitchen environments”. The FSA said it might also lead to businesses removing some foods from their menus and limiting changes to menus to avoid the costs of extra labelling.

The proposed changes follow the death of Natasha Ednan-Laperouse, who had an allergy to sesame seeds and died after eating a sandwich from Pret a Manger.

Her death focused public attention on food allergen labelling. At the moment food prepared on the same site it is sold, doesn’t have to have warning labels about allergens, because it is assumed anyone who needs to know will ask the staff about the food’s ingredients.

‘Loss of Control’ Father acquitted of murder after six-month ordeal