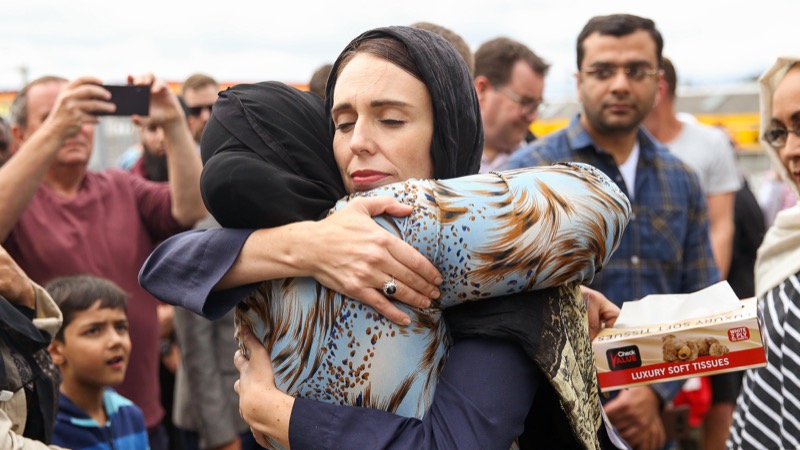 After the terrifying attack on two mosques in Christchurch that slaughtered 50 Muslims as they congregated for Jummah (Friday prayers) at mosque, New Zealand Prime Minister Jacinda Ardern told US President Donald Trump that the best way to support New Zealand would be to show “sympathy and love for all Muslim communities”.

It was a rebuke, of sorts, toward the perception of Trump as being anti-Islamic.

Prime Minister Jacinda Ardern has said the New Zealand government will cover the burial costs of those who lost their lives in the terrorist attacks at two mosques in Christchurch. In addition to this, she’s promised to provide financial support to the families regardless of their immigration status.

The 37-year-old Prime Minister has been highly-commended around the world for her strong yet compassionate handling of the mosque massacre. “They are us,” Ardern has said of the Muslims slaughtered in her country, but she’s talked in global terms.

If the rest of the world is happier talking about “global jihadism”, she’s talked of “global white supremacism”.

But these are not just words. In an unprecedented move, Ardern has said the New Zealand government will cover the burial costs of those who lost their lives in the terrorist attacks at two mosques in Christchurch. In addition to this, she’s promised to provide financial support to the families regardless of their immigration status.

The prime minister is now displaying other qualities to an anxious nation. She’s shown a determination to change gun laws and a deep empathy with the families of the victims and the Muslim community.

She has demanded her intelligence agencies explain why they knew nothing about the gunman, who emailed a manifesto outlining his plans to Ardern’s office minutes before the shooting.

Ardern has also called for two minutes of silence on Friday 22nd March marking one week since the shootings, and mosques around Auckland have pledged to open their doors to people of all religions that evening.

A number of faith groups have called for all women whatever their faith or none to wear headscarves in public on the occasion in a show of support to Muslim communities in the country.

Australian-born Brenton Harrison Tarrant, 28, has been charged with one count of murder and was remanded in custody to appear in the High Court on 5th April. He has dismissed any legal representation and said that he will defend himself.