“Exposure through the Asian Express has allowed me to raise thousands of pounds for a plethora of causes as well as inspire others.”

The man who’s been famously headlined as the ‘Ramadan Runner’ in the Asian Express has been recognised with a British Citizen Award for Services to the Community (BCAc) at the Palace of Westminster.

Nazim Ali, from Bradford, has single-handedly raised over a whopping £160,000 for a number of charitable causes by running several marathons, completing mountain treks, and incredibly even run 10k Races in Ramadan whilst fasting 18+ hours during the summer. 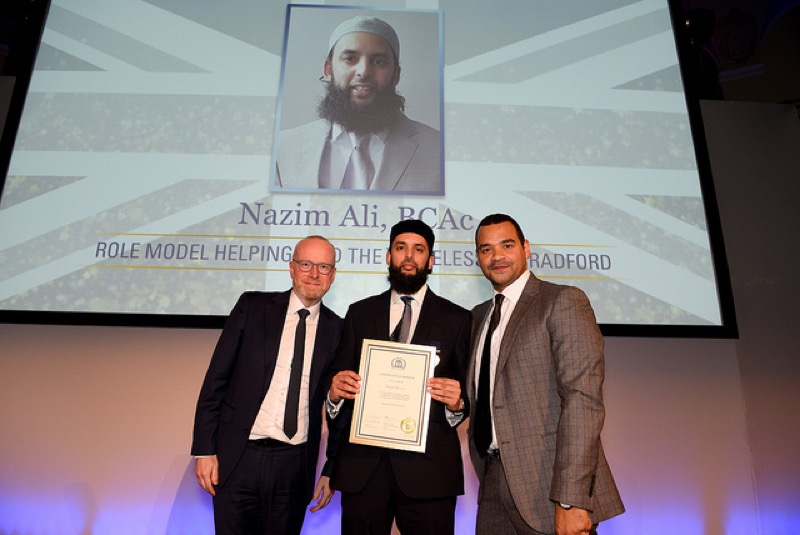 The Manningham icon has, for the last 20 years, been at the forefront of a multitude of community and humanitarian initiatives.

“I view this award as an honour not only for myself, my family but also to the my home city of Bradford and all those I have worked with over the years.”

Over the years not only has Nazim taken off holiday from work as a careers advisor at a local school and used his own funds to visit global refugee camps delivering aid to places such as the Turkish/Syrian border region, the Bangladesh/Myanmar border and France and Belgium.

Not only that, he’s  raised funds for numerous local charities here in Yorkshire, delivered toys to local hospitals and more.

Nazim, is one of 30 medalists who were honoured at the prestigious British Citizen Award ceremony on 24th January 2019 at the Palace of Westminster.

All British Citizen Award recipients have selflessly undertaken various activities in support of a number of worthy causes. Each received a Medal of Honour, inscribed with the words ‘For the Good of the Country’. Medalists are also invited to use the initials BCA after their name.

Speaking to the Asian Express Nazim said: “I am profoundly humbled to have received the prestigious British Citizen Award at the glittering ceremony at the Palace of Westminster, and I view this award as an honour not only for myself, my family but also to the my home city of Bradford and all those I have worked with over the years.

“The Asian Express have kindly featured my community and humanitarian initiatives consistently for over a decade now.

“I recall from 2008 onwards they featured the annual Bringing Communities Together football tournament. Ever since, they have provided me with exposure whether that be for my charity runs, providing toys to poorly children at Bradford Royal Infirmary Children’s Wards or my numerous humanitarian aid trips abroad.

“Exposure through the Asian Express has allowed me to raise thousands of pounds for a plethora of causes as well as inspire others. I’ve received enquiries from Asian Express readers on how they can donate and more importantly how they too can support community and charitable causes in their localities.

“I am grateful to the Asian Express for their on-going support – it is not often a newspaper provides sustained support to individuals trying to make their humble contribution both home and abroad.”

The British Citizen Awards (BCAs) were launched in 2015, to recognise exceptional individuals who work tirelessly and selflessly to make a positive impact on society. BCAs are awarded twice annually, and recognise extraordinary people whose achievements may otherwise be overlooked. 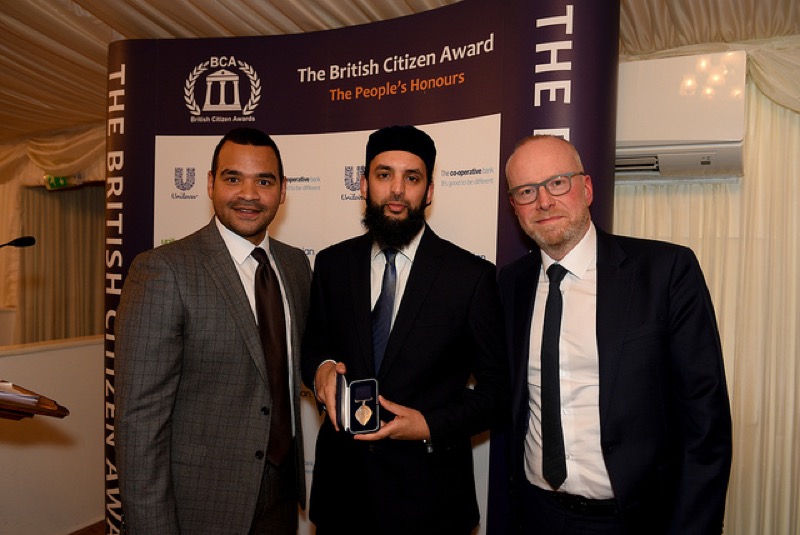 Nazim was presented his Medal by sponsors and supporters of the BCAs, The Co-operative Bank Chris Larmer, Customer Experience Director. Mr Larmer commented: “The Co-operative Bank is delighted to celebrate the achievements of ordinary people who have made extraordinary things happen in the local communities.”

Talking about what drives his passion to help others, Nazim added: “I have for over 21 years carried out a multitude of community and humanitarian initiatives. The key is to remain humble and to keep striving.

“I have an insatiable drive to help those whether it is home or abroad irrespective of religious affiliation or ethnicity and, God willing, will work in a steadfast manner. This is my second national award in 12 months having last year received the iconic The Muslim News Alija Izetbegovic Award of Excellence for Good Citizenship.” 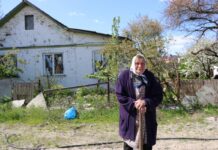 ‘Stop the slaughtering of Rohingya Mulsims’: Hundreds from all faiths turn...