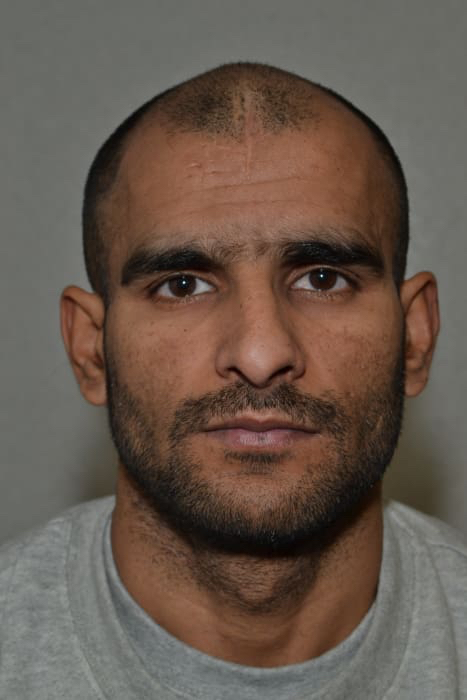 A store worker has been convicted of murdering a father-of-seven with an axe before taking his body in a shopping trolley to a cemetery.

He murdered Seyed Khan, 49, with a metal axe at the A-Z Furniture and Carpets Shop in Ilford, south east London, on 24 January. He will serve at least 24 years in prison. Mohammad was also sentenced to five years in prison, to run concurrently, after pleading guilty to perverting the course of justice.

Mr Khan, from Thamesmead, was looking after the shop for a friend when he suffered more than 12 blows to the head with the weapon, according to local reports.

Muhammad was working at the shop when Mr Khan caught him stealing. He is then said to have begged Mr Khan not to tell the store’s owner what he had done.

Muhammed had previous convictions for dishonesty and was an over-stayer in the country, giving him a motive to kill, the court heard.

Muhammad has reportedly not admitted this was reason for the killing but it is strongly suspected to be the motive.

After the murder Muhammad tried to clean the premises and painted over the walls.

He transported his victim’s body and the axe in a shopping trolley to Ilford cemetery in the early hours of 25 January.

Muhammad then hid his body in undergrowth.

Mr Khan’s body was found eight days later, by which time Muhammad had fled to Glasgow.

Muhammad was found guilty of murder after a trial at the Old Bailey in London. He had previously admitted perverting the course of justice.

Devi Kharran, from the Crown Prosecution Service, said: “This was a brutal and premeditated attack on a hard-working family man.

“Imran Muhammad went out of his way to cover his tracks.

“After murdering Mr Khan he painted over bloodstains in the shop and also called the police claiming to have been robbed and injured by a stranger, leading to him being taken to hospital.

“In the days that followed police put out numerous appeals in search for Mr Khan while all along Muhammad knew that he had murdered him.

“It was eight days until Mr Khan’s body was found and by that time Muhammad had fled to Glasgow.

“Using forensic evidence, witness accounts and CCTV footage showing Muhammad’s journey to the cemetery where Mr Khan’s body was found, the prosecution was able to prove Muhammad had deliberately carried out this murder.

“I hope this conviction brings some closure to the family and friends of Mr Khan.”