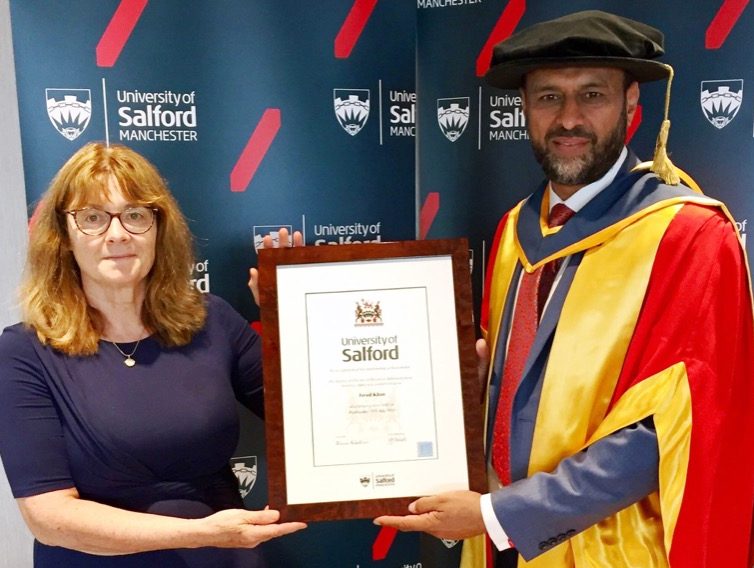 One of the leading figures in the UK charity sector has been honoured by the University of Salford.

Javed Khan, Chief Executive of children’s charity Barnardo’s, received an honorary doctorate in Business Administration at a ceremony at the Lowry, MediaCityUK.

As a British Pakistani, he is the first non-white CEO in Barnardo’s 150 year history.

At Barnardo’s, Mr Khan leads a staff team of over 8,000, with 23,000 volunteers, making it the UK’s largest national children’s charity. Last year the charity helped transform the lives of more than 301,000 of the UK’s most vulnerable children, young people, parents and carers.

After gaining a BSc degree in Mathematics from the University of Salford in the 1980s he began his career as a teacher in the West Midlands, and then made rapid progress through the education sector holding posts of Head of Mathematics, Assistant Principal in a large further education college, through to Director of Education in local government.

Javed has dedicated his life to public service and supporting the most vulnerable. In 2016 Javed has also won the ‘Spirit of Britain’ award at the prestigious British Muslim Awards.

Mr Khan said: “I had a fantastic experience at Salford University, which gave me a brilliant education in Mathematics and in life. I’m really grateful to the professors who believed in me, and the friends who inspired me – it’s thanks to Salford that I have got to where I am today.

“Ever since graduating, I’ve worked with young people and communities to achieve a positive future, first as a Maths teacher, and then as a leader in Education and in Local Government, and now as Chief Executive of Barnardo’s.

“It’s a great privilege to be awarded this honorary doctorate and to come back to Salford to share the journey that I have been on. I hope it sends a message to young people across the UK that regardless of where they’re from, or the challenges they have faced,  the future is theirs for the taking. 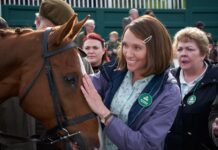 Dream Horse: The true story of a supermarket worker who defied all odds 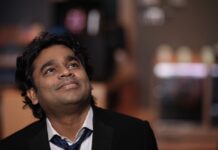 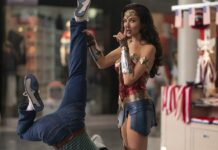 Teachers need to be aware of FGM ‘cutting season’ signs