Around 4,000 yellow rubber ducks will take to the water in the Mirror Pool in Bradford’s multi-award winning City Park on Friday 27th April, as part of Yorkshire Air Ambulance’s Yellow Yorkshire Day.

The “quackers” idea came from Bradford Council’s Landscape Architect Saira Ali, who felt a fun activity would encourage people to have a go and “hook-a-duck” for Yorkshire Air Ambulance – the official charity for the Tour de Yorkshire 2018, which comes to the district on May 4 and 6. 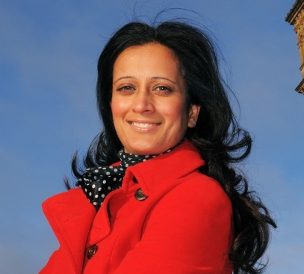 People are being encouraged people to take part in activities with a yellow theme on Yellow Day on 27th April, to raise money to support their vital work.

People will be able to take part in a fun hook-a-duck type game choosing their duck from the Mirror Pool to win prizes and raise money for the life-saving charity.

Prizes have been donated by local businesses and attractions as well as from Tour de Yorkshire sponsors, Soreen, Mugshots and the Black Sheep Brewery.

People will also get the chance to win ‘tea with the Lord Mayor of Bradford’, a £20 voucher for Jinnah restaurant, two £20 vouchers from The Broadway shopping centre, a night in the Mercure Hotel in Bingley, two gift packs from Timothy Taylor’s, a family pass for National Trust East Riddlesden Hall, a voucher for a mountain bike skills course worth £60 and tickets for Thoroughly Modern Millie at the Alhambra donated by Bradford Theatres.

The Lord Mayor of Bradford, Coun Abid Hussain will hook the first duck to start the fundraising event.

Saira Ali from Bradford Council said: “We are delighted to be able to turn our fabulous Mirror Pool yellow with ducks to raise money for this amazing charity. We are so grateful to those who have donated prizes. I would urge everyone to come along and have a go at the ‘hook-a-duck’ and support this incredibly worthwhile cause.”

The Yorkshire Air Ambulance is an independent charity providing a life saving rapid response emergency service to 5 million people across the whole of Yorkshire. The service is operational seven days a week, 365 days a year. The Charity currently attend over 1,000 incidents a year, an average of 4 incidents every single day. Last year they treated 1067 patients at scene and carried 599 of those to hospital for emergency treatment.

The YAA currently operates two helicopters – one based at Nostell Air Support Unit, near Wakefield and the other at RAF Topcliffe, near Thirsk.

To keep both of Yorkshire’s Air Ambulances maintained and in the air, the YAA needs to raise £12,000 every single day, which is the equivalent of £4.4m a year. The generosity that they receive really is the life blood of the Charity.

Kerry Garner, West & South Yorkshire Regional Fundraising Manager from Yorkshire Air Ambulance, said: “We’re absolutely delighted to have been chosen as the official charity partner for this year’s Tour de Yorkshire. We’re so grateful for this fantastic opportunity to run many valuable fundraising initiatives alongside the race and raise awareness of the lifesaving work we carry out every day across the region and particularly poignant within the cycling community.

“The support we have received from the people of Yorkshire so far has been absolutely outstanding, everyone has really gotten behind this event and we’re so proud to be apart of it. Huge thank you to Bradford Council for organising such a fun event and supporting our Yellow Yorkshire Day!”

Coach calls out to Asian women to join her in Tour...