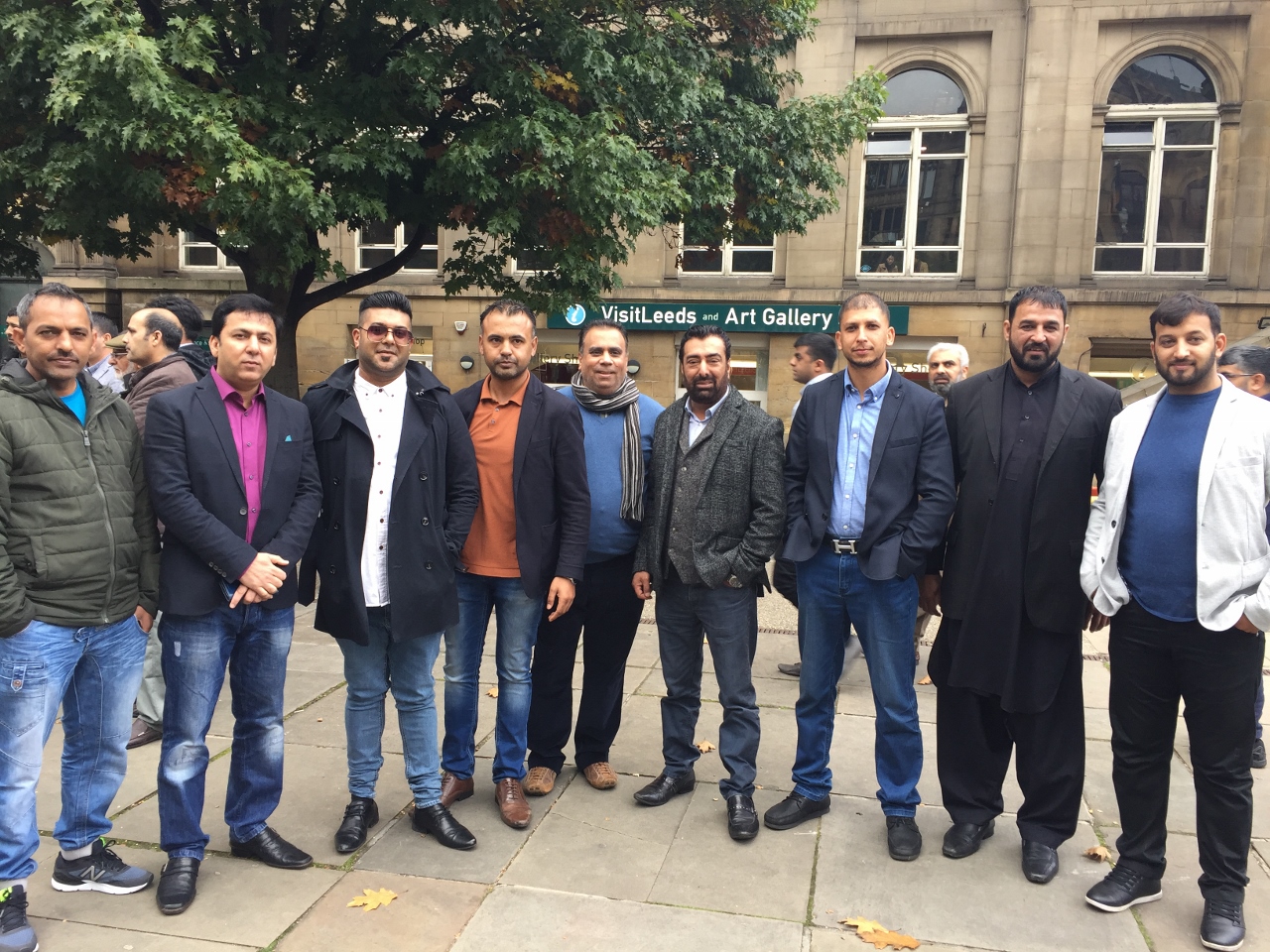 Hundreds of people joined together in a dynamic show of solidarity at a peace demo held outside Leeds Art Gallery in support of the Rohingya Muslim victims.

In what was billed as ‘Yorkshire Peace Demonstration For Burma’, an array of speakers from different community groups and organisations, including council officials, spoke passionately about the plight of the Rohingya Muslims.

Surviving victims of the Burmese atrocities and members of local parishes came together on Saturday 30th September with people of different faiths and religions as well as those with none united in condemning the persecution of Muslims in Burma.

“The Rohingya people in Burma are one of the world’s most persecuted minorities and have been deprived of free movement and education,” says one of the key organisers of the rally.

“With thousands of houses being burnt down and thousands of deaths, the people of Myanmar are being forced to flee to neighbouring Bangladesh to escape the fighting and atrocities, as well as many attempting to flee elsewhere.”

“The message was to stand up and give the victims of the genocide in Burma a voice. It was great to see the British Rohyinga Community turn up as well as Stand Up To Racism.

“The aim was to get all different religions and members of the community to unite and raise awareness and show that religion, race and beliefs don’t matter as we are all human and should stand together as one.”

Asian Express spoke to Tahir Ayub, a member of the organising team. He told us: “It’s not about Muslims, it’s not about religion or colour, it’s about humanity and what is happening in Myanmar, Burma which isn’t acceptable at all.

“Personally I have come because I have a heart which is feeling their pain. My heart bleeds because blood is blood, it doesn’t matter if that is the blood of a Muslim, Christian, Jew, Buddhist or any other religion.

“I have been watching what has been happening in Myanmar on social media and I have been struggling to sleep knowing that kids, even unborn babies in their mother’s tummy are being slaughtered.

“Women being dragged across the floor and children’s heads being chopped off in front of their parents – in this day and age it is unacceptable that higher authorities are not doing more to bring an end to this genocide.”

Ayub went on to discuss what is needed moving forward to help end these atrocities.

He added: “The United Nations need to play their part here, and I think the United Kingdom’s government needs to use its global influence to stop these sorts of atrocities being carried out by Burmese forces.”

We spoke to members of the crowd who has their say on the atrocities in Burma and why they felt the need to take part in the rally.

Brandon a Buddhist who was at the rally also spoke to us on what he thought of the situation: “I’m horrified with what is going on.

“As a Buddhist for over 20 years now, I was told what was going on in Myanmar was fake news and we the Buddhist people of Myanmar were not doing that.

“Since finding out that it is in fact true, I am here today as a Buddhist in a show of solidarity, I am here as a human no matter what race, religion or gender – we are all human.

“Killing in the name of religion is disgraceful.

“The British Government just aren’t interested in helping the people in this country, never mind what is going on in Syria or Myanmar.

“Mainstream media aren’t reporting it, they are hiding what is going on, it is the good work of the ethnic media like Asian Express which give us all hope.

“If I am being honest I am embarrassed today because you look around here and how many white English people are there? You can count them on one hand and that’s the issue in this country – people just don’t care.”

Rebecca who was also at the rally spoke of her concerns regarding the issue particularly in society today, she told Asian Express: “I think it’s disgusting what is going on really.

“It shouldn’t matter what colour your skin is, red, green, pink, purple, we all have the same organs, we all live and breathe the same, we are all people, we are all equal.”

Simon Dingwall who was campaigning with his ‘Genocide don’t turn a blind eye’ banner, told Asian Express: “I think it’s important that indigenous white people like me come out to oppose hatred too, because this isn’t just about one small community standing up on its own, it’s all about communities coming together.

“I find it difficult being in open places because I am autistic.

“And yet, here I am with my big ear defenders – you can’t miss me,” he laughingly said.

“I’m passionate to give my support to those who’s voices seem to be falling on deaf ears. It’s almost as if hatred is being legitimised and that’s not right.”

“It’s not easy for me, but I have a mantra that if I can do it then so can you.”