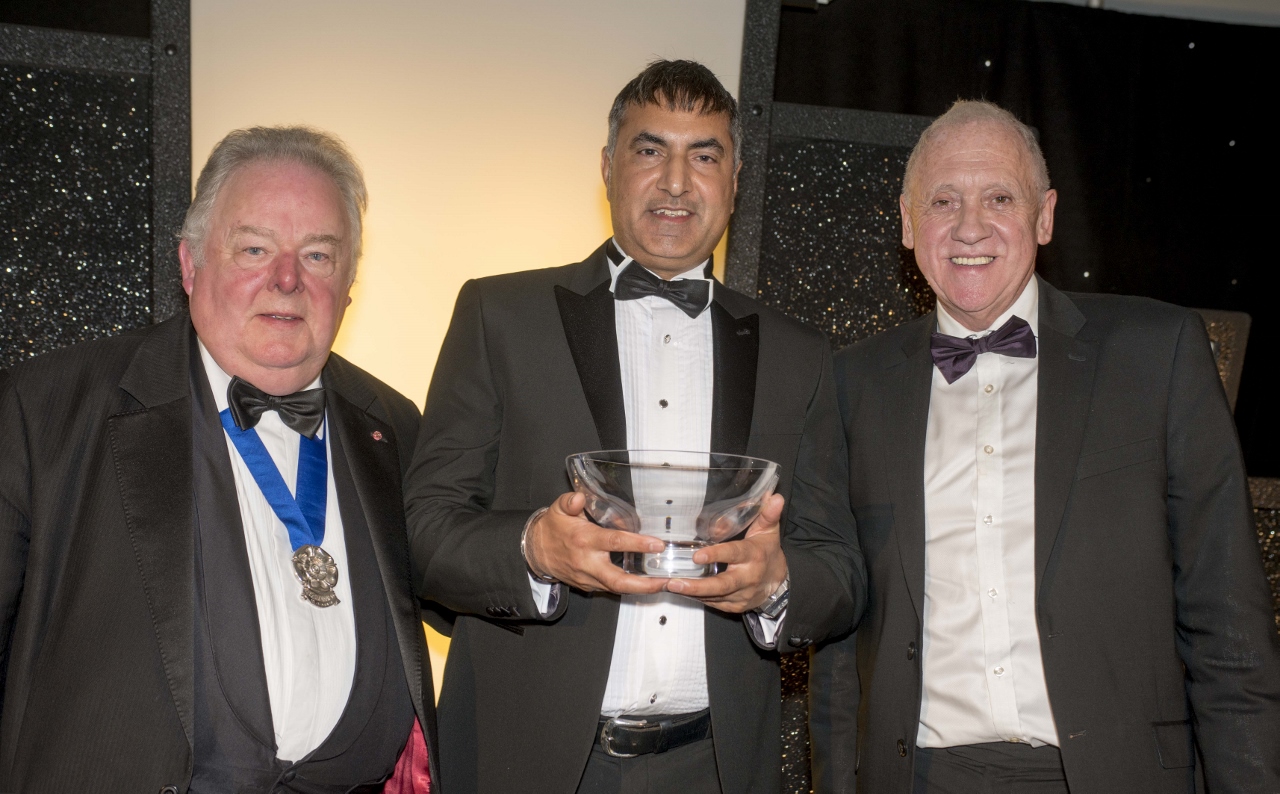 A man who says his mission is to unite people of all ethnic backgrounds amid rising tensions, segregation and fragmentation was honoured at the Yorkshire Awards last week.

Former West Yorkshire Police officer Kash Singh, of East Morton, near Bradford, was presented with the Richard Whiteley Award at a glittering ceremony at the Hilton Leeds City Hotel on Friday 13th October.

The award is not made every year but is given as a special accolade when organisers come across someone who, they believe, captures the spirit of Yorkshire like the late TV presenter Mr Whiteley.

Mr Singh set up his charity One Britain One Nation in 2012 after a distinguished career in the police force. The charity promotes patriotic events which have so far attracted about 50,000 people.

He said: “I am humbled and honoured that my work has been recognised at such a distinguished level and I feel privileged to be associated with the name of Richard Whiteley, such a great Yorkshireman.

“My life has been in Yorkshire – it is a fantastic place to live and work. The people are friendly and the scenery is beautiful.

“I have created a template for my work in Bradford and my goal is now to take it to every corner of the nation.”

Mr Singh, who moved to Bradford from the Punjab with his parents at the age of six and joined West Yorkshire Police when he was 20.

He rose to the rank of Inspector and in 2006 was tasked with restoring order to the Manningham area of Bradford, which had been hit in 2001 by what were described as the worst riots in mainland Britain.

Within 18-months he was presiding over one of the lowest crime rate areas in the district – an achievement that won him the West Yorkshire Police Oscar, the Criminal Justice Award, third position at a national competition for outstanding police work as well as the nickname “The Famous Bollywood Inspector” among his colleagues.

Yorkshire Awards committee member Canon Keith Madeley said: “Kash is an outstanding individual who is making a huge contribution to the social fabric of Yorkshire and beyond. He is a lovely man who is passionate about the UK and he has been a force for good during his police service and now with his One Britain One Nation charity.”

Mr Singh, who is chair and founder of the British Indian Association, said: “From an early age it was my desire to help people and make a difference, and I was always so proud to wear the Queen’s uniform.

“I want to encourage all our communities to love our nation and pull together as one people.

“When I was policing in Manningham I succeeded in getting 13,500 people on board. I think being local helped and with my Sikh background I had an understanding of the community and that made a huge difference.”

Mr Singh said he and his team of helpers at OBON now wanted to get people united under the national flag – not just during Jubilee celebrations or at the Olympics.

“People are shy about bringing out the flag and some people from white communities don’t do it because of how it might be perceived.

“Hate crime has increased by more than 50 per cent, tensions are rising, but I am trying to bring out the best in all communities, to bring people together to work in the interests of our country and instil an element of hope and inspiration in future generations,” he said.

Legendary food since 1978: Cairo Zaks is THE place to nab...