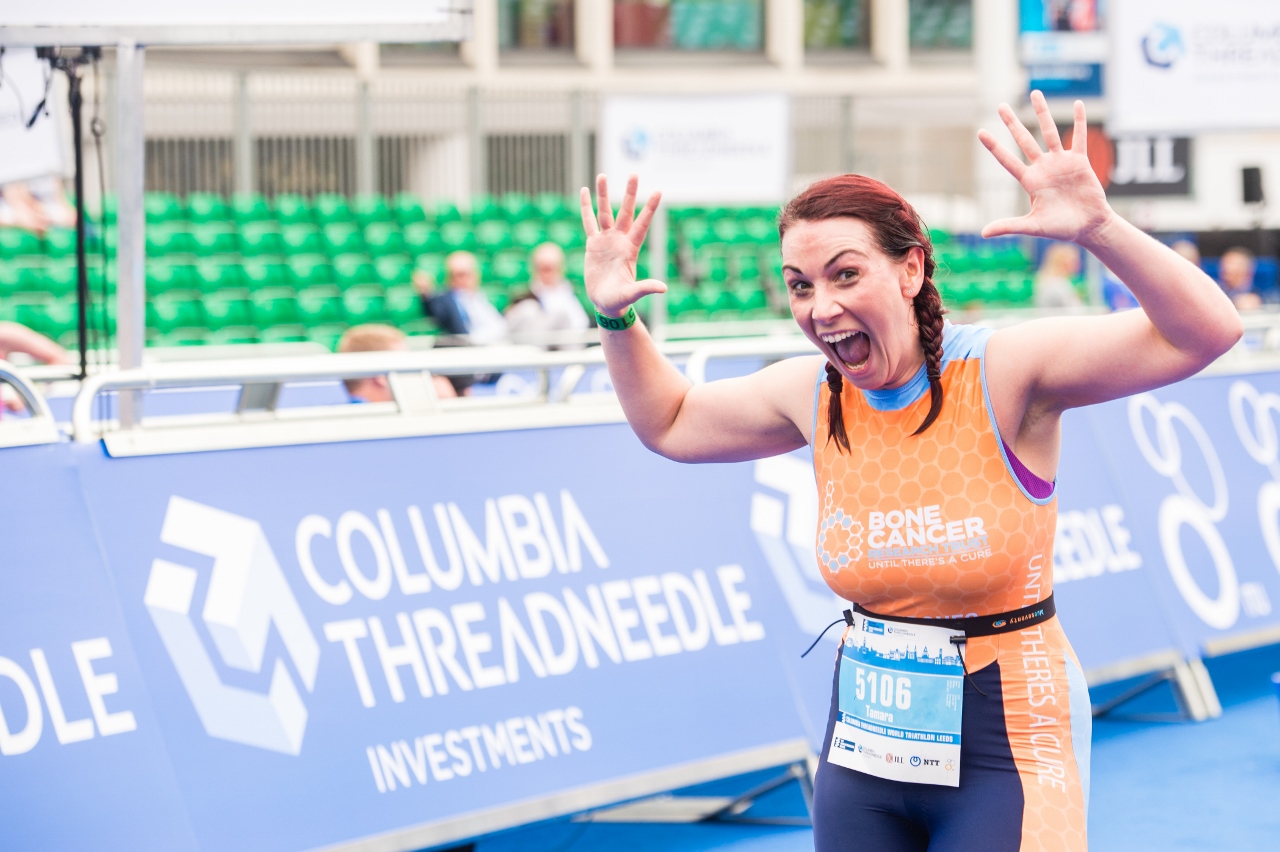 Entries for next year’s ITU World Triathlon Leeds have opened with an exclusive charity entry window for participants to secure their entry by committing to raise money for Gold Charity Partners, Bloodwise and Bone Cancer Research Trust.

The third edition of the Leeds based event takes place on 9 and 10 June 2018 and the time-limited entry window offers the swim, bike and run community the chance to guarantee their entry into the most prestigious triathlon in Great Britain.

In return for committing to raising the minimum fundraising target of £400, entrants will be able to take advantage of lower entry prices for individual sprint and standard distance events as well as relay options.

The charity window will close on 24 September at midnight before past participants and British Triathlon Home Nation members have their own priority entry window ahead of entries going on general sale on 9 October 2018.

Jack Buckner, Chief Executive of British Triathlon added: “It’s great to launch charity entries for our two Gold Charity Partners for the ITU World Triathlon Leeds 2018, just over 100 days since we were in the city watching the world’s best and over 3,000 age-group athletes earlier this year.

“In 2018, we are aiming to build on this year’s successful delivery and aim to make the overall event a world-leading triathlon experience. Leeds is a city with triathlon at its heart and the team at British Triathlon can’t wait to welcome the triathlon community back next June.”

The 2018 event has a triathlon distance to suit all abilities with first-timers inspired by local heroes Olympic Champion Alistair Brownlee and Olympic silver medallist Jonathan Brownlee able to sign up for a fun-filled GO TRI event in and around Roundhay Park on Saturday 9 June.

A new addition to the schedule is a 400m and 750m SH2OUT swim. This new event aims to encourage more participants in open water swimming one of triathlon’s biggest barriers to entry and offers the chance to take part in a timed swim in Waterloo Lake on Saturday 9 June.

Entries for both the GO TRI events and SH2OUT swims will open on Monday 25 September 2017.

As per the 2017 edition, British Triathlon is proud to once again be organising the event and will continue working with a team of experts to deliver another outstanding race for participants. In 2017, 95% of competitors said they would recommend the event to a friend and the British Triathlon organising team is already working on making the overall event experience even better.

The official 2018 course for sprint and standard is still to be confirmed, however little change is expected from the successful 2017 routes that began with a swim in Waterloo Lake in Roundhay Park before a bike route taking participants towards Headingley before returning to Roundhay Park where they will once again rack their bikes in a single transition hub hosted in the park.

The final leg for sprint and standard distance events will see participants embark on a run towards the city centre where they will experience the huge crowds on the Headrow before finishing in front of a packed grandstand on the famous blue carpet.

Once the mass participation events have concluded, participants can relax in the Event Village or alongside the course in the city centre for free and enjoy watching the world’s best triathletes compete in the ITU World Triathlon Series event.

The ITU World Triathlon Leeds 2018 is supported by National Lottery funding and is organised by British Triathlon, in partnership with Leeds City Council, UK Sport and the ITU.

Brasilliant! Cabana’s barbecue has got us all heated up