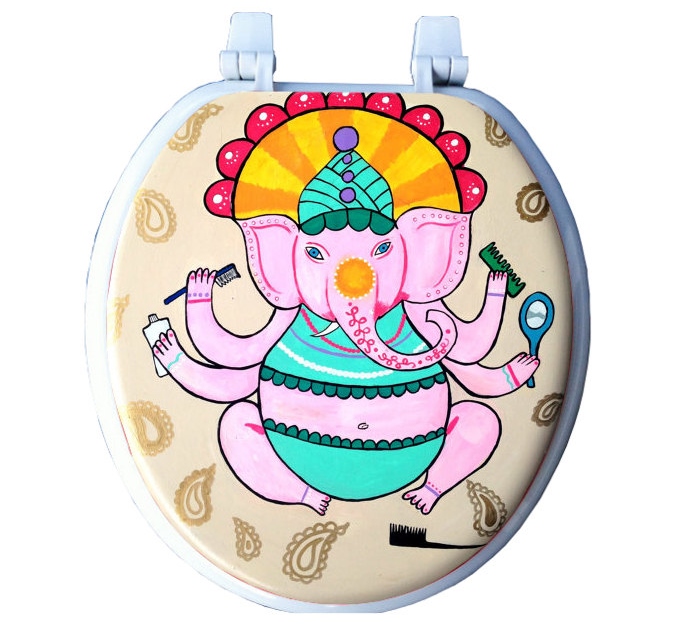 Hindu statesman Rajan Zed, in a statement, said that Lord Ganesha was highly revered in Hinduism and was meant to be worshipped in temples or home shrines and not to adorn a toilet. Inappropriate usage of Hindu deities or concepts for commercial or other agenda was not okay as it hurt the devotees.

Zed, who is President of Universal Society of Hinduism, also urged Etsy and its CEO Josh Silverman to offer a formal apology, besides withdrawing “Ganesha Toilet Seat”.

Hinduism was the oldest and third largest religion of the world with about 1.1 billion adherents and a rich philosophical thought and it should not be taken frivolously. Symbols of any faith, larger or smaller, should not be mishandled, Rajan Zed noted.

Zed further said that such trivialization of Hindu deities was disturbing to the Hindus world over. Hindus were for free artistic expression and speech as much as anybody else if not more. But faith was something sacred and attempts at trivializing it hurt the followers, Zed added.

Zed suggested that Etsy and other companies should send their senior executives for training in religious and cultural sensitivity so that they had an understanding of the feelings of customers and communities when introducing new products or launching advertising campaigns.

In the “Item details” of “Ganesha Toilet Seat”, Lord Ganesha is described as “bathroom Ganesha” holding “a comb, mirror, toothbrush and toothpaste” and his vahana rat is replaced by a “rat tail comb”. “Perfect gift for a birthday, graduation or wedding!” it adds. It was selling for $85 at Etsy.com.

Etsy; founded in 2005 in an apartment in Brooklyn and now headquartered in its Dumbo neighborhood with additional offices in France, Japan, Australia, Canada, Germany, United Kingdom, Ireland, San Francisco (California), Hudson (New York); describes itself as “a global creative commerce platform”. It claims to have had annual gross merchandise sales of $2.84B in 2016.

In Hinduism, Lord Ganesha is worshipped as god of wisdom and remover of obstacles and is invoked before the beginning of any major undertaking. There are about three million Hindus in USA.

Hindus dismayed over Bank of England’s “blatant refusal” to withdraw the...