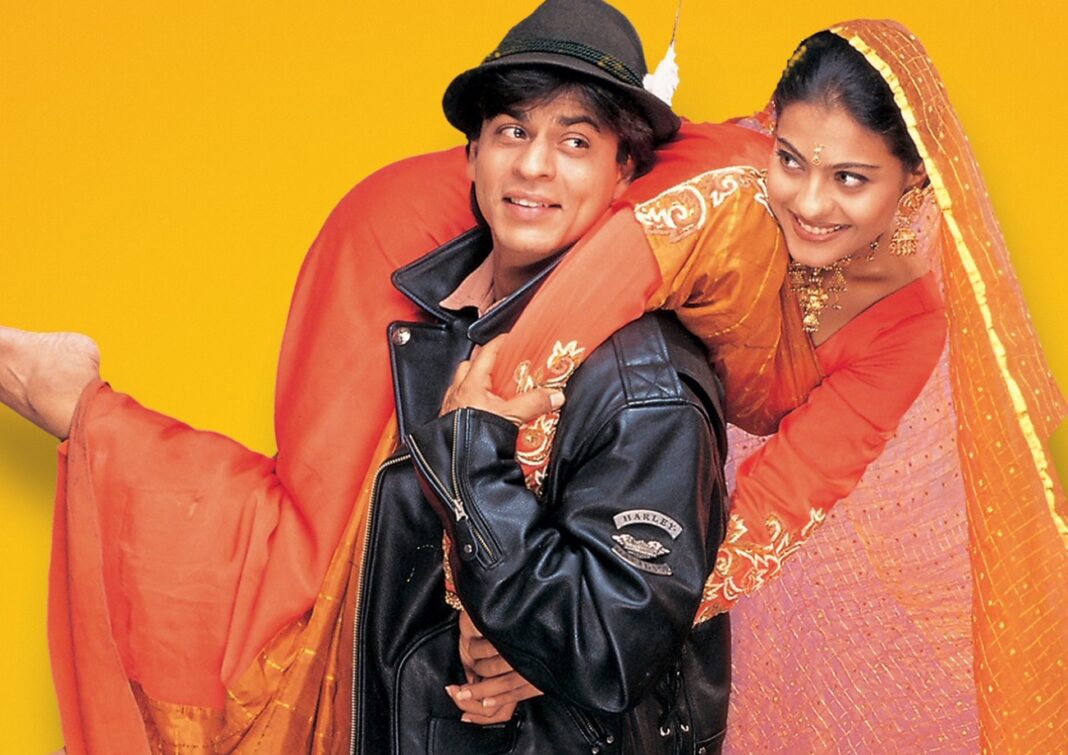 · Bronze statue of the ‘King of Bollywood’ and co-star Kajol, planned for London’s Leicester Square
· The statue has been proposed as the tenth character in the Scenes in the Square trail
· Depicts a scene from the longest running Hindi film of all time, Dilwale Dulhania Le Jayenge (DDLJ), which featured a scene in Leicester Square
· Announcement lands on the 25th anniversary of film’s release

The next statue to join Leicester Square’s ‘Scenes in the Square’ movie statue trail will be the King of Bollywood himself, Shah Rukh Khan, alongside co-star Kajol, in what will be the first ever Bollywood statue erected in the UK.

Heart of London Business Alliance say designs have been finalised and planning permission submitted for the statue, which will depict the two Bollywood megastars in one of the most successful Bollywood films of all time, the timeless and multi award-winning rom-com Dilwale Dulhania Le Jayenge, the directorial debut of Aditya Chopra.

The film, often dubbed the Romeo & Juliet of Bollywood cinema, is about two non-resident Indians, Raj and Simran, and their star-crossed love story across Europe and India, beginning on a train from King’s Cross Station.

The announcement celebrates 25 years to the day that Dilwale Dulhania Le Jayenge, or DDLJ as it is often known, premiered in cinemas around the world, instantly becoming a box-office smash hit. Since then, it has gone on to be the longest running Hindi film of all time, with a 1,274-week run at Mumbai’s Maratha Mandir theatre, halted only in March due to COVID-19.

The film’s leading man Shah Rukh Khan, went on to become the world’s wealthiest movie star, eclipsing Hollywood icon Tom Cruise, and appearing in more than 80 Hindi films, including twelve alongside Kajol, with DDLJ their second collaboration. The statue is set to be unveiled in Spring 2021, when organisers hope that its stars Khan and Kajol will be able to travel to unveil the statue in a special celebratory event.

The location couldn’t be more fitting, as Leicester Square featured in DDLJ in a scene when Raj and Simran first cross paths, albeit unbeknown to one another.

Fittingly, the scene features two of the square’s cinemas prominently, with Raj seen in front of the Vue cinema, and Simran walking past the Odeon Leicester Square. The new statue will be positioned along the eastern terrace, outside the Odeon cinema, honouring this scene. Odeon cinemas, including the Leicester Square one, will be screening the film from 30th October to celebrate the anniversary. Other London locations featured in the film include Horseguards Avenue, Hyde Park, Tower Bridge and King’s Cross Station.

The Dilwale Dulhania Le Jayenge stars Shah Rukh Khan & Kajol join the who’s who of international cinema, alongside nine other film icons from the past 100 years, eight of which were unveiled in late February and recently granted longer term residency by Westminster Council to remain in Leicester Square until at least July 2023. In September a statue of Harry Potter also joined the original line up, while visitors can still encounter Laurel & Hardy, Bugs Bunny, Gene Kelly in Singin’ in the Rain, Mary Poppins, Mr. Bean, Paddington and iconic DC Super-Heroes Batman and Wonder Woman.

Mark Williams, Director of Destination Marketing at Heart of London Business Alliance, says: “It’s fantastic to have the opportunity to add such titans of international cinema to our trail as Shah Rukh Khan and Kajol.

“Dilwale Dulhania Le Jayenge is one of the most successful and important Bollywood films of all time, and we’re excited by the prospect of bringing to the trail the first film that actually features Leicester Square as a location.

“This proposed statue is a fitting tribute to the global popularity of Bollywood and the cultural bridges that cinema can help build, and we’re in no doubt it will attract fans from all around the world.”

Avtar Panesar, Vice President of Special Projects at Yash Raj Films, added: “When Dilwale Dulhania Le Jayenge was released 25 years ago, the film became a defining moment for Indian cinema and it changed the face of the industry capturing the hearts of everyone who saw it all over the globe. We’re thrilled to be able to announce the proposal for this statue, and to be the first Indian film to be represented in ‘Scenes in the Square’

We are honoured that our superstars have been recognized on the world stage alongside the Hollywood elite, from Gene Kelly to Laurel & Hardy. In these challenging times this is a great way to express the international appeal of movies and build bridges amongst communities through cinema.”

The Dilwale Dulhania Le Jayenge statue will be unveiled in Leicester Square, as part of ‘Scenes in the Square’, in 2021. For the latest information, visit: https://www.leicestersquare.london/scenes-in-the-square/