The Sheffield Scanner appeal, which aims to bring the most advanced medical imaging to Yorkshire has reached the £500,000 milestone.

The University of Sheffield launched the £2 million fundraising campaign back in March 2017 to raise the vital funds needed to bring the first MRI-PET scanner to the region, which will transform research into a number of devastating diseases.

The MRI-PET combines the simultaneous power of whole body Magnetic Resonance Imaging (MRI) and Positron Emission Tomography (PET) in a single image providing the most detailed information about the organs, tissues and structures in the body and how well they are functioning.

The superior images will enhance researchers’ knowledge about diseases and allow them to identify faster and better ways to detect, treat and prevent them. This will accelerate discoveries from the laboratory into clinical trials to develop new therapies and better outcomes for patients.

The scanner, which will be one of only eight in the UK, will be located at the Royal Hallamshire Hospital.

To make this life-changing project possible, the University is working hard to meet the ambitious fundraising target, but would also like members of the Sheffield community to support the campaign and help raise funds in any way they can.

Following on from the success of last year’s Big Walk fundraising challenge, in which 21 people raised almost £40,000 by walking 120 miles in six days, later this month the University is hosting The Big Walk 2017: 50 miles in 24 hours walking challenge.

More than 270 staff, students, alumni and friends of the University will be attempting to walk as far as they can along a circular 50-mile route – from 7am on Friday 30 June to 7am on Saturday 1 July 2017.

The route will start and finish at the Octagon on Western Bank and will take in the stunning scenery of the Peak District including Stanage, Burbage, Bakewell, the Chatsworth Estate, Froggatt and Curbar Edge.

Marie Hezseltine, a Financial Support Officer at the University, is taking part in the Big Walk to help raise money for the scanner which she hopes will improve the diagnosis of many major diseases.

“My sister-in-law was diagnosed with cancer in January 2016 and then in June of the same year I lost my dad to cancer,” said Marie.

“Unfortunately, after fighting for the last year my sister-in-law also lost her battle with cancer.

“I thought if I could do something to help raise money for the new scanner that could identify major diseases like cancer, dementia and MND – and help to keep families together then I needed to do it.

“It is so important for Sheffield to have its own scanner in order to help treat patients quicker and closer to their own homes.”

University of Sheffield alumnus, Hannah Perry, is once again taking part in the Big Walk to challenge her own determination and dedication.

“I took part in last year’s Big Walk – which seemed like a pretty big challenge at the time walking halfway across the county in less than a week!” said Hannah.

“When this year’s challenge was announced, I knew that I wanted to take part to push myself even further.

“The furthest we walked in one day last year was around 28 miles, and I know just how tiring that was, so doing almost double that in the space of 24 hours will test me both mentally and physically.”

She added: “The fact that I will be raising money for such a great cause is a huge bonus. To see a ground-breaking facility at the forefront of clinical research, that has the potential to be truly life-changing, established in Sheffield, would be absolutely amazing.

“To say that I have been part of that would make me immensely proud. The scanner’s ability to transform our understanding of some truly devastating diseases such as cancer, motor neurone disease, dementia, stroke and diabetes will in turn pave the way for improvements in treatment, and can therefore improve outcomes for patients.

“It has the capacity to improve our understanding of diseases that affect the vast majority of people at some point in their lives, be it a friend, family member, or as a patient themselves.” 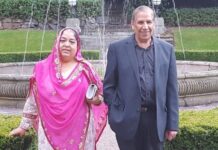 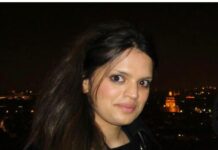 Alcohol to claim 63,000 lives over next five years