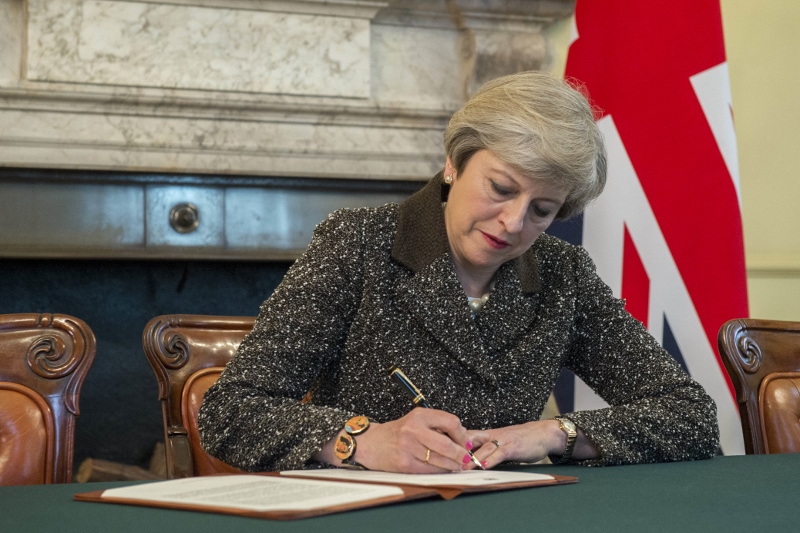 Theresa May has pledged ‘to earn every vote’, and makes a call for old divisions to be put aside, saying that every vote for the Conservatives will demonstrate ‘a unity of purpose’ for the best possible deal for Britain in the Brexit negotiations.

The Prime Minister said: “I am determined to earn every vote I can because that will strengthen my hand in the Brexit negotiations, and enable me to provide the country with the strong and stable leadership it needs to see us through Brexit and beyond.

“We need that strong and stable leadership more than ever before. We face a crucial time in the history of our nation. Our future prosperity, our place in the world, and our standard of living all depend on getting the next five years right.

“Yet as we have seen in recent days, it will not be easy. The negotiations ahead will be tough. Across the table from us sit 27 European member states who are united in their determination to do a deal that works for them. We need that same unity of purpose here at home to ensure we can get a deal that works in Britain’s national interest too.

“Every vote for me and my local team in this election will be a vote to demonstrate that unity of purpose, to strengthen my negotiating position, and to help me secure the best possible deal for families and businesses across this United Kingdom.

“That is why I called this election, and why we need it now. It is a chance to put old divisions behind us and to bring the country together.

“It is why I am determined we should not spend this campaign rerunning old arguments, and why we should move beyond the language of ‘leave’ and ‘remain’. And it is why I am determined not to allow parties like the Liberal Democrats to prosper, because it is in their interests to prop up a Corbyn coalition of chaos so that the Brexit process stalls and they can reopen the battles of the past. Wherever it says Labour or Liberal Democrat on the ballot, it’s a weak, nonsensical Jeremy Corbyn that gets the vote.

“At the last election, voters here in the South-West were the difference between a strong, majority government and a weak, unstable coalition of Labour, the Liberal Democrats and the SNP. The opposition parties are lining up to prop up Jeremy Corbyn and disrupt our Brexit negotiations – a recipe for years of drift and division at this crucial time.”