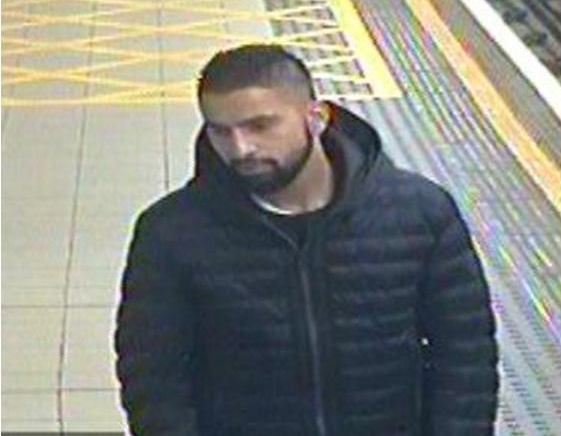 Detectives have released a CCTV image of a man they would like to speak to in connection with a rape of a 17-year-old girl.

On 27 October 2016, the victim and her friend whilst shopping in Westfield in Shepherd’s Bush, were approached by two men who identified themselves as ‘Mohamed Saif’ and ‘Ahmed’, although it is not known whether these were their real names.

After spending some time together, the group made their way to central London before returning to Shepherd’s Bush Green by bus.

The men attempted to make the women drink from a bottle of vodka, which they declined.

At approximately 03:45hrs the following morning, the women were split up by the men and ‘Ahmed’ forced the 17-year-old victim towards an entrance to West 12 Shopping Centre where he raped her.

The two women quickly left the area and made their way home, where they contacted police.

Detectives from the Met’s Sexual Offences, Exploitation and Child Abuse Command launched an investigation and provided the woman with specialist support.

Officers have now released a CCTV image of a man they would like to speak to in connection with the incident.

He is described as 5ft 9ins tall, of medium build with black spiky hair. He spoke with broken English. He was wearing blue jeans, a dark bomber jacket and light trainers.

DC Rebecca Thomas, the investigating officer from the Met’s Sexual Offences, Exploitation and Child Abuse Command, said: “These two men took advantage of the victim and her friend. They lured them both into a false sense of security before trying to ply them with alcohol; which the women refused.

“I would appeal to anyone who recognises the man in the CCTV to contact police. I would also like to speak with anyone who saw him in the company of the other man – who called himself Mohamed Saif – and two women over the course of Thursday, 27 and Friday, 28 October.

“The four of them travelled by bus and were in the Haymarket area of Westminster before returning to Shepherd’s Bush.”

Imam says: “These sexual offenders have brought shame on their religion”

Buzzers on the bus