A GP is fronting an initiative developed by Public Health England and Cancer Research UK, which highlights the role of bowel cancer screening in helping to save lives.

Dr Girish Patel, is appearing in a new Be Clear on Cancer campaign to raise awareness of the disease and hopes that he can effectively highlight the role and importance of bowel cancer screening.

The campaign is aimed at men and women aged 60-74 years to encourage them to take part in the NHS Bowel Cancer Screening programme.

The 50-year-old GP, who lives in Eccles and has two children, appears on the official website explaining who is eligible to use the kit, how it works and why it’s worthwhile taking part in bowel screening. He has worked as a GP in Salford for 21 years.

He said: “I recommend my patients complete their bowel screening test when it arrives through the post because it’s one of the best ways to find bowel cancer early, when it’s easier to treat successfully.

“I also encourage everyone to read the leaflet sent with their test kit, to help them decide whether to take part because bowel cancer screening is a personal choice.”

Every year, 2000 people aged 60 – 74 are diagnosed with bowel cancer in the North West and 600 people of the same age in the region will die from the disease.

Fiona Osgun, Senior Health Information Officer at Cancer Research UK, said: “Some people don’t return the test kit because they don’t think they need to take part if they’re not feeling ill. But screening is designed to detect bowel cancer before any symptoms develop. The kit comes with clear step-by-step instructions and tips for collecting your poo.”

“Even if the kit does show something out of the ordinary, it doesn’t mean it will turn out to be cancer. But if it is cancer, catching it at an early stage means it is easier to treat successfully.”

Bowel cancer screening has been shown to reduce the risk of dying from bowel cancer by 16 per cent. When bowel cancer is diagnosed at the earliest stage, more than nine in 10 people will survive the disease for more than five years.

Anne Mackie, Director of Screening, Public Health England explained: “It is important that we raise awareness of the Bowel Cancer Screening Programme and highlight that screening is a choice.

“Screening gives those who participate, and who are unknowingly living with the earliest signs of bowel cancer, the best chance of successful treatment.”

Cancer Research UK believes that no one should be diagnosed too late to have treatment that might save their life.  Diagnosing cancer early is one of the most powerful ways to beat it. 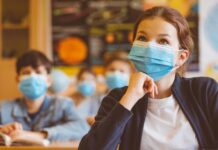