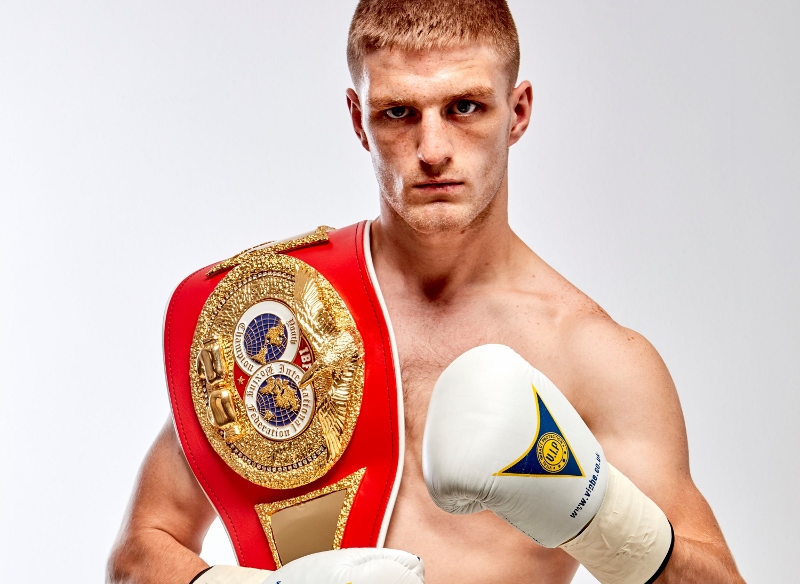 Leeds boxer ‘Wrights’ his name in the history books

When Reece Cartwright first stepped into the boxing ring he was an eight-year-old wondering what the best way to grapple his opponent to the mat would be.

Fourteen years on and the Halton Moor lad has just written his name in the history books after becoming Leeds’ first ever World Champion.

The now 22-year-old is the proud holder of the IBF youth middleweight world championship, following his victory over Finland’s Henri Kekalainen at Leeds’ Royal Armouries earlier this month.

An ecstatic Cartwright told the Asian Express, it was a moment that eclipses all others.

“I can’t put it into words,” he said. “It was an amazing fight and the best feeling I have ever had.

“No one will ever understand how I felt that night when my hand was raised.”

Walking down to the ring to Oasis’ ‘Live Forever’ the Yorkshireman was still fighting a chest infection on the night but was able to complete all ten rounds to take the fight on a unanimous points decision.

Going the distance for the first time in his professional career Cartwright was able to utilise his natural stamina to dictate the pace of the fight, landing multiple punch combinations and educated body shots.

Fighting with intelligence, and continuous quick jabs, Kekalainen had no chance to establish himself in the early rounds as the tempo continued to rise.

Despite all judges awarding every round to the British competitor, Cartwright says he wasn’t 100 per cent happy with his performance, but will be when it comes to his defending his crown.

“The fight went to plan in the end but it wasn’t perfect,” he said. “There were a few mistakes in there which I made but I made sure they didn’t cost me any points.

“When I come to defend the belt it I know there won’t be any more mistakes. There is not a chance anyone is going to take this off me.”

Up next for the young middleweight is a July bout followed by his first title defence in November.

With the world at his feet, and the belt around his waist to prove it, Cartwright’s on his way to the top.