The world record for the longest direct flight could soon be smashed after Qatar Airways announced plans to provide a non-top route from the capital of Qatar – Doha – to Auckland in Australia.

The 9,034 mile journey would be just under 500 miles further than the current record – held by Qantas’ Dallas to Sydney route (8,578 miles) and would take an estimated 18 hours and 34 minutes.

In what is a busy time in the aviation business, Qantas will definitely lose their record in March when Emirates launch a direct flight from Dubai to Panama City, lasting an exhausting 16 hours 55 minutes.

Singapore Airlines has also shown interest in the record, with talks of re-scheduling its direct flights between New York and Singapore in 2018. At a distance of 9,535 miles, and journey time of 18 hours 50 minutes, it would be the longest single flight recorded.

New statistics suggest that as many as 1,100 new services will be launched in 2016 by 170 airlines around the world.

With such long distances now being covered in direct flights, it looks like it might be worth booking the extra leg room after all. 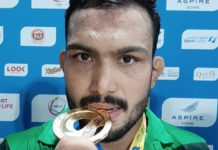 Hulkenberg geared up for Australia