Tesla has opened a new Supercharger location at Edinburgh Airport, firmly establishing the company’s presence in Scotland. This location is part of a network expansion that will soon allow Model S owners to drive anywhere in the UK relying only on Superchargers. Supercharging is free for Supercharger-enabled vehicles.

The new Supercharging site is accessible from the M8, M9, and A720. The Supercharger is in the car park off Almond Road, near the terminal. Model S drivers gain access to the car park 24 hours a day by pressing the button on the barrier and requesting Supercharger access. One hour free parking is complimentary whilst Supercharging.

A Supercharger replenishes half a charge in about 20 minutes. Supercharger sites are strategically placed along well-travelled routes to allow Model S owners to drive long distances with minimal stops. They are located near amenities like motorway services, restaurants, cafes and shopping centres so drivers can stop for a quick meal and have their Model S charged by the time they’re done.

Tesla has energised 221 Superchargers worldwide with eight in the UK, making it both the largest and the fastest-growing fast-charging network in the world. 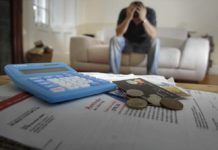 Britain’s most expensive car ever?