When India announced that the country would be launching its first major football competition, the eyes of the world were drawn to what Sepp Blatter labelled as ‘one of football’s sleeping giants’.

With a population of much more than one-billion, the nation has all the potential to become a major player in the world’s favourite sport, even if it may take a number of decades, and a lot of investment, to achieve it.

Nonetheless, the Indian Super League (ISL) which finally kicked off at the start of October, has proven quite the hit with fans all over the world.

An average attendance of almost 24,000, similar to that of Italy’s Serie A and higher than France’s esteemed Ligue 1, certainly shows that fans are getting behind the star-studded teams.

One player who has lived up to his billing is the Brazilian star, and former Manchester City midfielder, Elano, who leads the league’s scoring charts on eight goals, five adrift of his nearest competitor.

His performances for Chennaiyin FC have helped the side climb to the top end of the table whilst fellow big name players, such as Katsouranis, Anelka and Trezeguet all have a couple of goals to their names.

The one noticeable thing missing from the scorer’s charts is perhaps the inclusion of any Indian players with only Atletico de Kolkata’s Cavin Lobo reaching the two goal milestone.

There is no denying that the ISL is still in its early stages of development, yet the response it has received shows clearly that it has the potential to grow into much more than an annual two-month tournament.

Star names seem to be enjoying their time in South Asia and the chance for national players to train and play alongside the likes of some of world’s football most respected journeymen can only be positive.

The inaugural ISL concludes next month yet expect it to come back bigger and better in 2015. 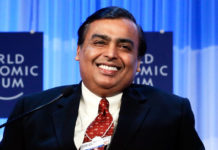 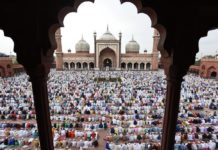 Empowering Communities has big plans for the New Year